Michael Apted, Director of the Up Series, Dead at 79 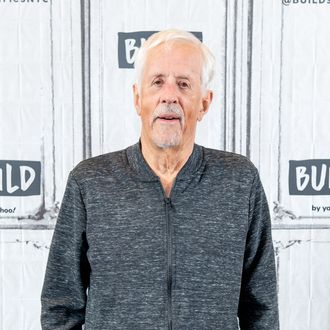 The Up Series is a cultural treasure, so rich and so real. I started watching the series back in 2009, well into its run. I can only imagine what it was like to be a part of such an ambitious and personal project over such a long period. While the series isn’t perfect, it was pioneering, and Apted’s body of work also extends beyond it into feature films and more. Thank you to Michael Apted for your marvelous contributions.

Pioneering British filmmaker Michael Apted died at his home in Los Angeles on Thursday, January 7, his agent confirmed to the New York Times. Apted was 79, and the cause of death was not specified. Apted was best known for his Up series of documentaries, which followed the lives of 14 British children from across the socioeconomic spectrum beginning at age 7 in 1964, catching up with them in seven-year intervals. As the series progressed, it became a poignant, insightful, and at times heartbreaking depiction of lost youth, individual life struggles, and a changing Britain over six decades. In 2019, ITV aired Apted’s final project, and last work in the Up series, 63 Up. In 2013, Apted told WNYC, “I hope to do 84 Up when I’ll be 99.”

The series is available to stream on Britbox

Comments Off on Michael Apted, Director of the Up Series, Dead at 79