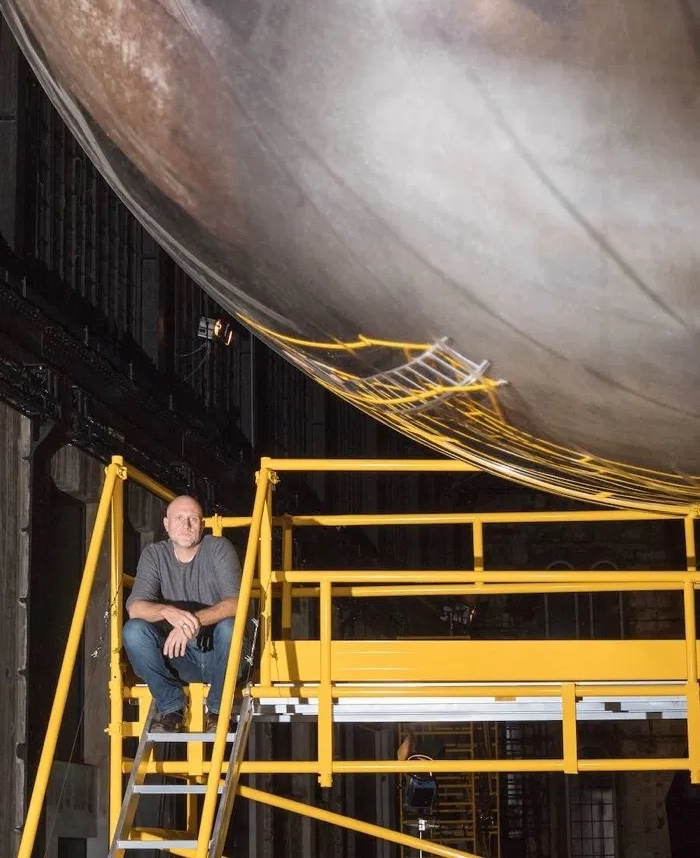 Trevor Paglen delves deeper into this idea of space as “a place of possibility” in Unseen Stars, an exhibition postponed, briefly opened at OGR in Turin, now closed and I’m hoping that it will be extended until cultural spaces are finally allowed to open again in Italy.

Paglen collaborated with aerospace engineers to design what he calls “non-functional satellites”. Their formal aspect is meant to suggest what aerospace engineering would look like if its methods had not been guided by nationalism, global surveillance and industrial logics.

Shown alongside structures similar to the scaffoldings used by space technicians and engineers, the mirror surfaces of the sculptures play with the XIXth century industrial architecture of the OGR. They reflect the brick walls and reshape the volumes of the massive hall.

Comments Off on Unseen Stars, what if satellites were art objects? #ArtTuesday #Art #Space #WeMakeMoneyNotArt