Unlocking the Secrets of the UDC Disk Controller #VintageComputing #Apple 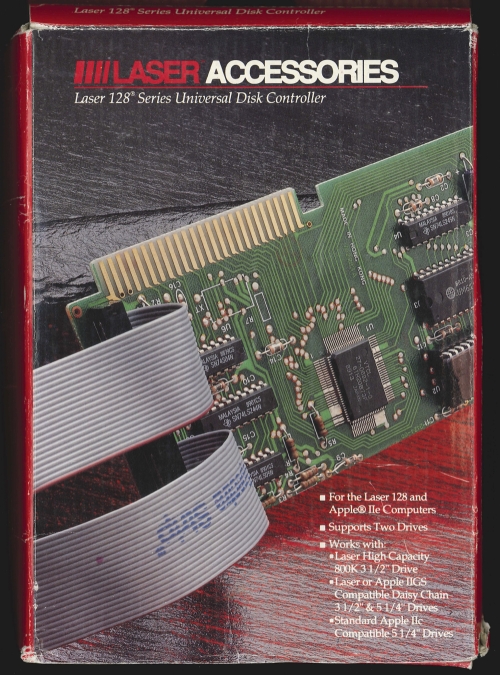 Big Mess o’ Wires has been spending a great deal of time studying the Apple II era Universal Disk Controller in order to build one with modern hardware.

I concluded my last post about my Yellowstone disk controller for Apple II by saying I would probably support intelligent Smartport drives and 5.25 inch drives, but not 3.5 inch drives. But since then I’ve been busy investigating the possibility of a multi-purpose disk controller that could support all three drive types, by studying the Universal Disk Controller (UDC) that was marketed by Laser, VTech, and CPS. I’ve made some good progress, but big mysteries still remain.

There were two physical versions of the UDC: the original “long” version and the later “short” version. There were also at least four different firmware versions, and probably many more. The UDC’s capabilities may have changed substantially between versions.

Check their code analysis and quandaries between firmware versions in the post here.