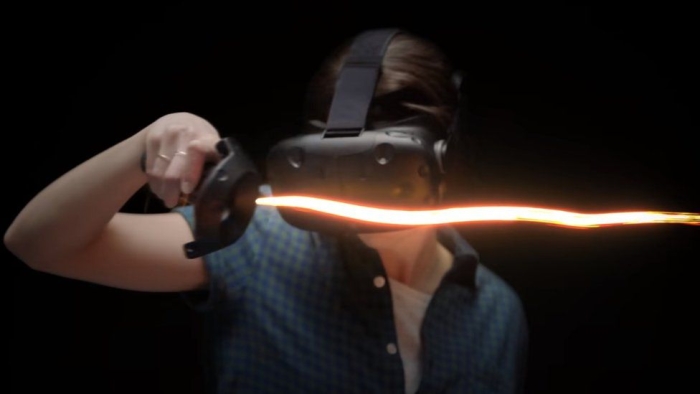 Google has made its virtual-reality painting tool, Tilt Brush, open source, handing it over to community creators instead of shutting it down. The  app allows users wearing for VR headsets to “paint” sculptures in three-dimensional space.

After the app’s 2016 launch, a community of artists sprang up around its unique feature set. Google has now announced it is discontinuing work on the app – but making the code publicly available.

Google is effectively letting anyone with the knowledge make their own version of the app – a rare move for the company. And there has been an outpouring of relief from artists and enthusiasts who have created works for the platform.

Patrick Hackett, who co-created Tilt Brush before it was acquired by Google, in 2015, left the technology giant a few weeks before the announcement.

“To some, this may look like the end of Tilt Brush,” he tweeted when it was made public. “To me, this is immortality.”

“Tilt Brush had been ‘my go-to app’ for VR demos. Drawing with your hands in 3D space feels natural and quickly establishes how VR is different from other devices you may have used,” he wrote. “All first-time VR users, young and old, were able to pick it up instantly and see the magic.”

For now, users can still buy the Google version of the Tilt Brush in VR app stores. But it will no longer receive new feature updates.

More tech-savvy users can simply access the publicly released code and compile their own fully functional version of the app for free. But programmers can bring in new features, which could lead to several alternative and competing versions.

Read more on BBC News and see the code on GitHub under an Apache 2.0 license.