Reconstructing the Menu of a Pub in Pompeii #History #Archeology @atlasobscura 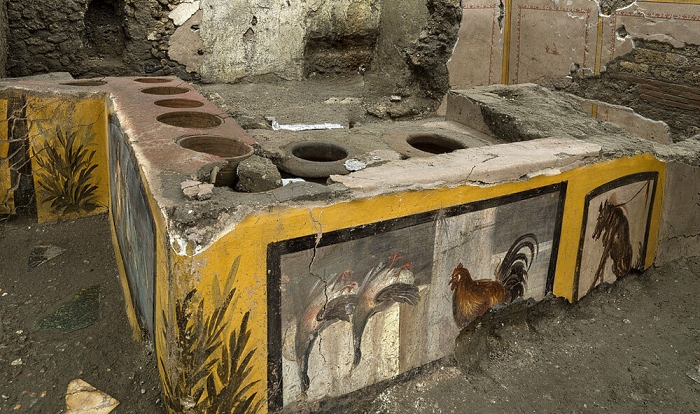 Farrell Monaco studies the remains of a recently excavated shop in ancient Pompeii, deciphering the food that might have been served there:

According to Dr. Anna Maria Sodo, director and archaeology officer of the Antiquarium of Boscoreale, in the Vesuvian area alone, only 40 percent of the urban dwellings of the working poor and 66 percent of the middle-class homes had fixed hearths for cooking. To meet this high demand, there were at least 80 food and beverage outlets at Pompeii (the site has yet to be fully excavated). But what types of foods did these thermopolia serve to the everyday citizens?

It’s highly likely that the space excavated in Regio V was, in fact, a tavern. Despite the fact that many publications refer to the dining establishments at Pompeii as thermopolia, the Loeb Classical Library records only two instances of the term being used. Experts such as Tonnes Kleberg, Mary Beard, Steven Ellis, and Claire Holleran have all noted that the more frequently found term in the Latin literary record, popina, is a more suitable name for these types of spaces. Typically translated as “tavern,” it’s sometimes translated as “public-house,” or, in the more modern vernacular, pub.

Does all of this evidence suggest that meat boiled in broth at the corner popina is the Roman version of pub grub? I believe it does, and this now brings us much closer to proposing a first-century Roman meal that could allow us to explore this space using another investigative tool: our taste buds.

A meal conceptualized through the evidence (pictured below): A Pompeiian Pub Lunch – Master Stock Braised Duck With Mensae (Serves two.) 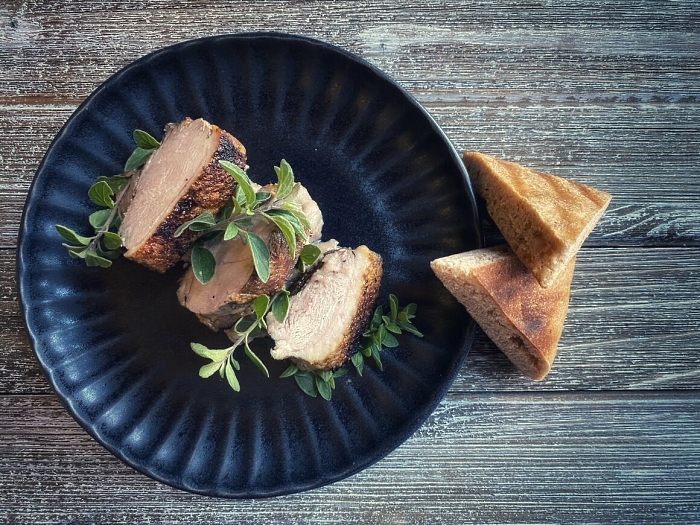