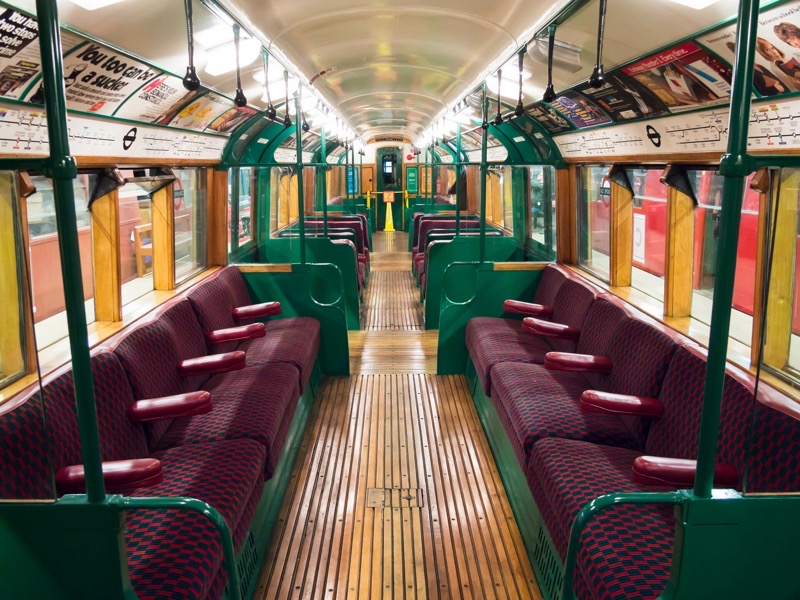 The mere mention of the UK’s Isle of Wight launches me into an enthusiastic humming rendition of The Beatles ‘When I’m 64’ (Every summer we can rent a cottage/In the Isle of Wight, if it’s not too dear/ We shall scrimp and save…) The place has always sounded so exceedingly charming, and this story about the history of its train system from Atlas Obscura definitely makes a significant contribution to the island’s charm deposit box.

The use of London Underground trains on the Isle of Wight can be traced back to a single tunnel. The island was one of the last places in the country to operate steam trains, which ran until 1967. As part of the electrification overhaul, the trackbed in a tunnel in Ryde, at the line’s northern end, was raised to prevent flooding. This seemingly minor change decreased the clearance of the tunnel by 10 inches, meaning British Rail’s standard-size trains would no longer fit through. Seeking smaller alternatives, the government found the perfect option in a place where space is at a premium: the London Underground. The 1938 trains—Class 483 Electric Multiple Units, to give them their proper post-Underground name—were the second set of former Tube cars introduced to the Isle of Wight; the first Tube trains used on the Island from 1967 to 1992 were called Standard Stock, built in the 1920s.