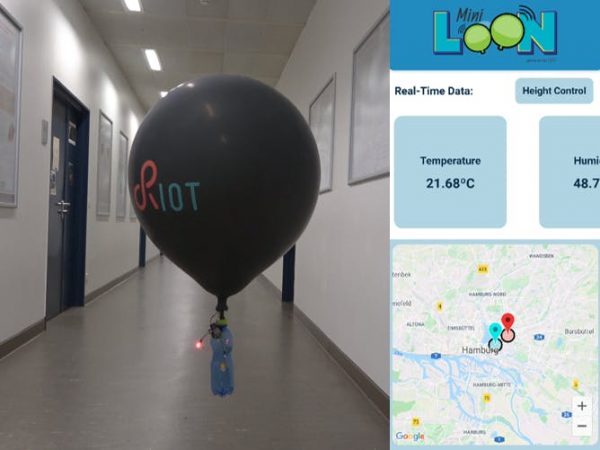 Google recently announced that they’re shutting down Loon. It was a grand idea. From Google’s original announcement:

We believe that it might actually be possible to build a ring of balloons, flying around the globe on the stratospheric winds, that provides Internet access to the earth below. It’s very early days, but we’ve built a system that uses balloons, carried by the wind at altitudes twice as high as commercial planes, to beam Internet access to the ground at speeds similar to today’s 3G networks or faster. As a result, we hope balloons could become an option for connecting rural, remote, and underserved areas, and for helping with communications after natural disasters. The idea may sound a bit crazy—and that’s part of the reason we’re calling it Project Loon—but there’s solid science behind it.

Sadly, it’s been shuttered. But the Project RIOT Group from the University of Applied Science in Hamburg has a MiniLoon project. Here’s more from artemis and Cenk Gündoğan via hackster.io:

In a blog post, Astro Teller, head of X, the advanced projects or “moonshot factory” division of Google parent company Alphabet, announced that Loon will wind down operations in the next several months. Google started Loon in 2012 as part of X and spun it out into a separate company in 2018.

Our main idea was to set up a network infrastructure that would serve as a back-up network, in case of a disaster that could knock out our main connectivity systems.

To prove that our small balloons can also provide communication service, we built a working prototype that is able to send and receive data, connect with the cloud and execute user commands.

In addition, we equipped our MiniLoons to measure environmental data and build a Smartphone App to display the gathered information.

Comments Off on MiniLoon: A Balloon with Sensors @Raspberry_Pi #PiDay #RaspberryPi