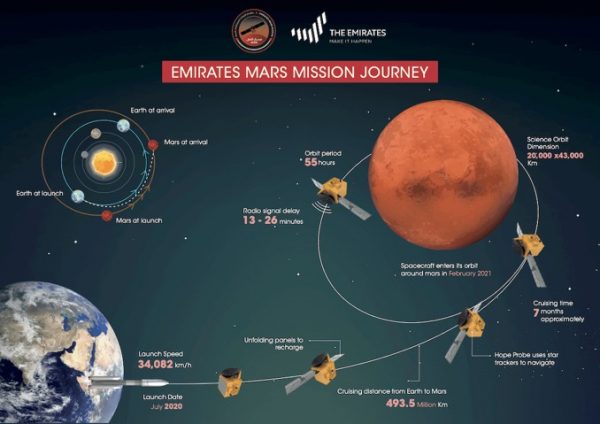 Competition has always been at the heart of our efforts to reach the stars. Space exploration began as a kind of adjunct of the Cold War, and  now we have three spacecraft from three different countries on their way to Mars. It’s less like the space race and more like a chill space party around the red planet. Here’s more from Astronomy Now:

The United Arab Emirates’ Hope Mars probe, China’s Tianwen 1 spacecraft and NASA’s Perseverance rover are on the doorstep of Mars seven months after launch, all arriving within about a week of each other to open a new era in the exploration of the red planet.

UAE’s Hope orbiter is the first planetary probe launched by an Arab nation. It was on course to brake into orbit around Mars on 9 February, firing its thrusters for 27 minutes to slow down enough to slip into an elliptical “capture” orbit around the planet’s equator.

Comments Off on Three Spacecraft Home in on Mars #SpaceSaturday