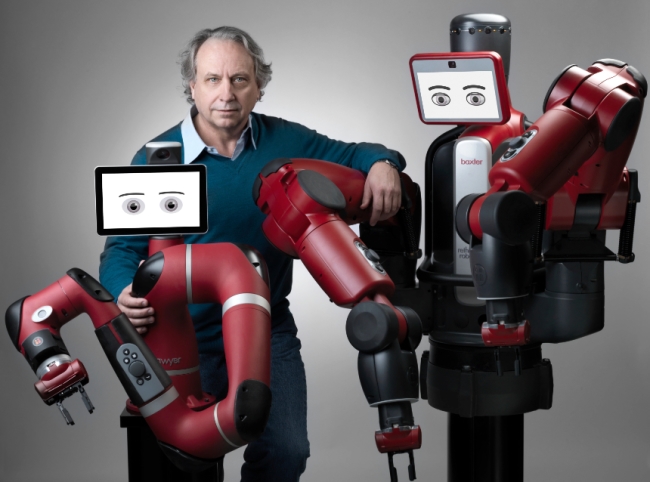 Rodney Brooks provides reminisces about how robot programming languages came about in the 20th century.

This short blog post is about the origin of languages for describing tasks in automation, in particular for industrial robot arms. Three people who have passed away, but were key players were Doug Ross, Victor Scheinman, and Richard (Lou) Paul, not as well known as some other tech stars, but very influential in their fields.

Doug Ross had worked on the first MIT computer, Whirlwind, and then in the mid nineteen fifties he turned to the numerical control of three and five axis machine tools–the tools that people use to cut metal parts in complex shapes.

In the late sixties, mechanical engineer Victor Scheinman at the Stanford AI Lab designed what became known as the Stanford Arm. They were controlled at SAIL by a PDP-8 minicomputer, and were among the very first electric digital arms.

Richard (Lou) Paul developed the first programming language for control of a robot arm trying to do something as sophisticated as assembly. It was called WAVE. Besides the language, Paul also developed inverse kinematics techniques, which today are known as IK solvers, and used in almost all robots.

See the article which explains in detail the advances in the field leading up to the environment we know today.