Today we celebrate John Henry Thompson, the inventor of the Lingo programming language used in Adobe Director and former Chief Scientist at Macromedia. He was also a professor at the Interactive Telecommunications Program (ITP) at New York University. 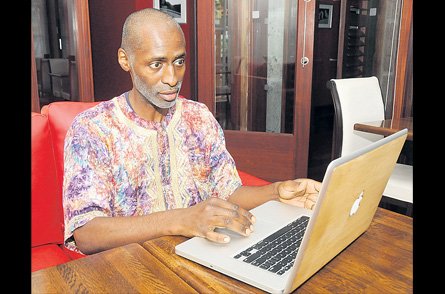 Even in high school, John Henry Thompson was interested in computer programming languages. He taught himself several programming languages such as FORTRAN, PLI, COBOL and JCL while working in a New York research facility. Thompson’s goal was to absorb as much knowledge as possible so he could invent his own computer language.

After graduating from High School, he attended MIT where he obtained a degree in Computer Science and a minor in Visual Arts. By combining these two seemingly disparate disciplines, Thompson wanted to bridge the gap between art and technology. Four years later as a chief scientist at Macromedia™, he was able to make progress towards this goal. He developed a number of products, many of them based on his most famous invention, Lingo programming: a scripting language that helps render visuals in computer programs. Thompson used Lingo in one of his better-known computer inventions, Macromedia™ Director. Macromedia™ Director is able to incorporate different graphic formats (such as BMP, AVI, JPEG, QuickTime, PNG, RealVideo and vector graphics) to create multi-media content and applications, thus combining computer programming language with visual art.