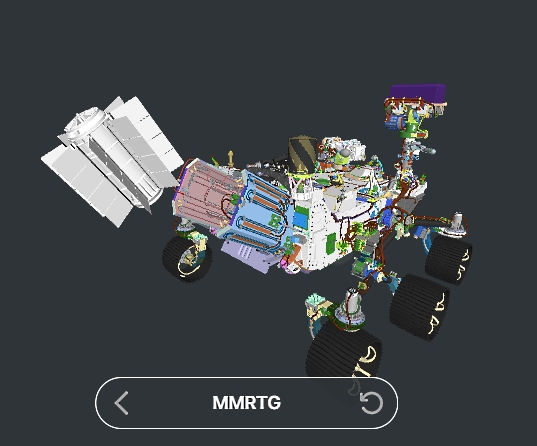 All spacecraft need electrical power to operate and perform scientific tasks. NASA’s Perseverance rover carries with it, as its power source, a Multi-Mission Radioisotope Power System (MMRTG). This power system is the same as what is powering NASA’s Curiosity rover, Perseverance’s sibling. (3D View)

What is a Radioisotope Thermoelectric Generator?

The MMRTG converts heat from the natural radioactive decay of plutonium into electricity. This power system charges the rover’s two primary batteries. The heat from the MMRTG is also used to keep the rover’s tools and systems at their correct operating temperatures. 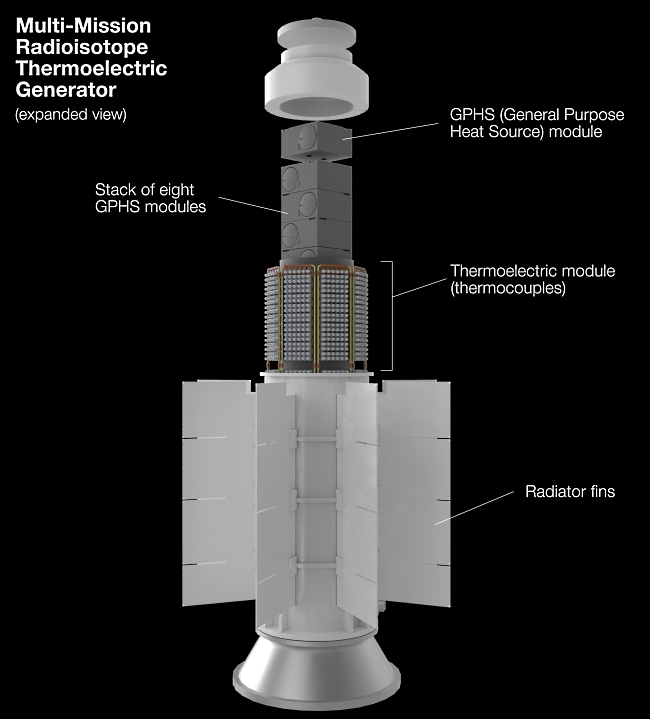 Radioisotope Thermoelectric Generators, or RTGs, provide electrical power for spacecraft by converting the heat generated by the decay of plutonium-238 (Pu-238) fuel into electricity using devices called thermocouples. Since they have no moving parts that can fail or wear out, RTGs have historically been viewed as a highly reliable power option. Thermocouples have been used in RTGs for a total combined time of over 300 years, and a not a single thermocouple has ever ceased producing power.

The current RTG model is the Multi-Mission Radioisotope Thermoelectric Generator, or MMRTG. It is based on the type of RTG flown previously on the two Viking landers and the Pioneer 10 and 11 spacecraft (the SNAP-19 RTG). It is designed to be used in either the vacuum of space or within the atmosphere of a planet. The excess heat energy from an MMRTG can be used as a convenient and steady source of warmth to maintain proper operating temperatures for a spacecraft and its instruments in cold environments.

See the video below and the following links: