Wahoo – 9 years of Raspberry Pi! You know we love a good Adafruit Learning System roundup so keep scrolling to see some of the incredible things that can be done using the one, the only…RASPBERRY PI! 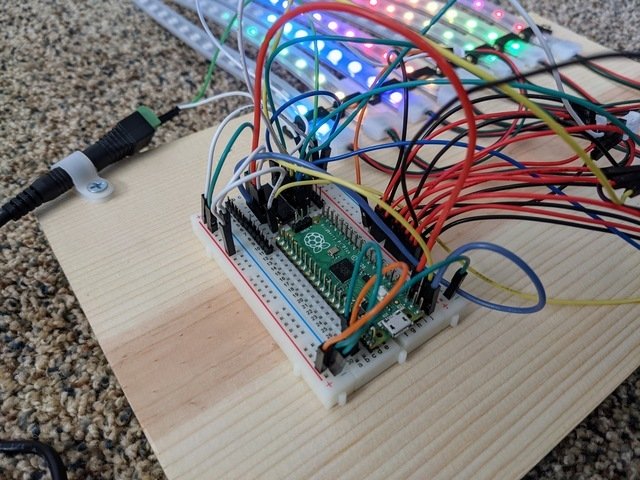 NeoPIO: Drive lots of LEDs with Raspberry Pi Pico: The new RP2040 microcontroller from Raspberry Pi Foundation has a powerful feature: the PIO module, a sort of accelerated I/O processor.

In this guide, you will learn how you can use CircuitPython and PIO together to drive 8 separate NeoPixel LED strands using just 3 GPIO pins and a 74HC595 Shift Register. 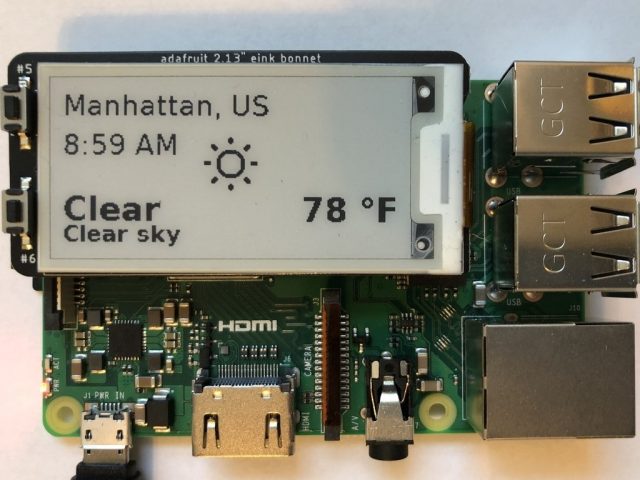 Raspberry Pi E-Ink Weather Station using Python: With this project, you will always know what the weather is. The eInk Bonnet or Breakout will always let you know what the weather is. If you lose power to your Raspberry Pi or other single board computer, you will still be able to see what the latest weather update is because the ePaper display still shows the last thing written to it!

Make a Pi Trash Classifier with Machine Learning and Lobe: The Trash Classifier project, affectionately known as “Where does it go?!”, is designed to make throwing things away faster and more reliable.

This project uses a Machine Learning (ML) model trained in Lobe, a beginner-friendly (no code!) ML model builder, to identify whether an object goes in the garbage, recycling, compost, or hazardous waste. The ML model is loaded onto a Raspberry Pi computer to make it usable wherever you might find rubbish bins! 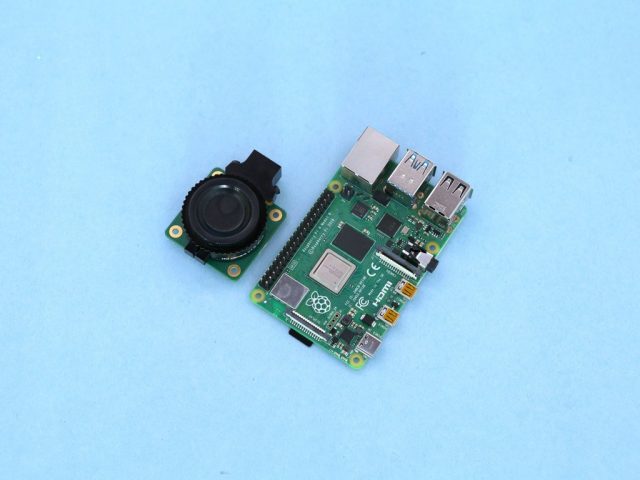 Raspberry Pi LED Matrix Sand Toy: These LEDs interact with motion and looks like they’re affect by gravity. An Adafruit LED matrix displays the LEDs as little grains of sand which are driven by sampling an accelerometer with Raspberry Pi Zero!

Raspberry Pi Selfie Bot: Instead of a selfie booth, bring SelfieBot to your next party! This Raspberry Pi project has a mind of its own: SelfieBot giggles, snoozes, and prints selfies on its thermal printer. Animated facial expressions and sounds are triggered by movement-based interactions. SelfieBot is contained in a customizable laser-cut acrylic and 3D-printed case.

Pi Hole Ad Blocker with Pi Zero W: This project will make your Pi Zero W act as a DNS (Domain Name Server) The kind of device that tells you that adafruit.com is known as IP address 104.20.38.240.

Except Pi Hole DNS will do a special trick, when it is asked for the IP address of ads.adserver.com (for example) it will return nothing! So you will never even connect to the ad server and get the ad. Your connection will be faster, less data, and no intrusive ads. It works great on computers, tablets, phones, etc. Even if you cannot run an ad-blocker plugin on your phone or tablet, this will work and ad-blocker-detectors can’t tell you’re running it.

Arcade Bonnet Controller: In this guide, we’ll learn how to wire up a Mini Analog Joystick to the Adafruit Arcade Bonnet for Raspberry Pi. Most of the arcade buttons plug into the Arcade Bonnet with quick connect wires – Making it much easier to put together a retro arcade controller or cabinet.

This tutorial will show you how to have your Pi use the free software packages Festival and its derivative Flite to output voice.

Filed under: Raspberry Pi — by Stephanie