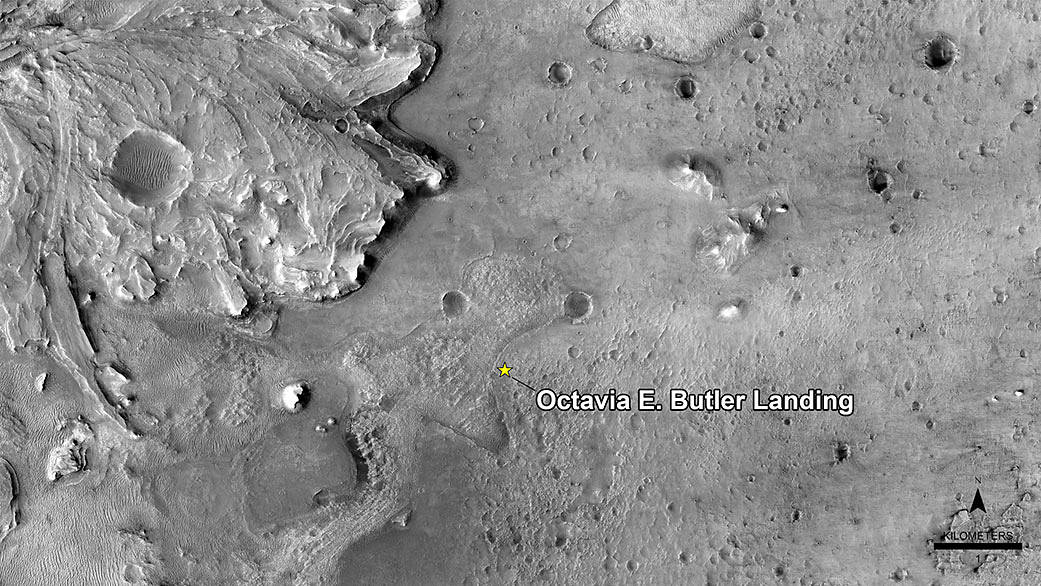 NASA announced they would informally redesignate the Mars rover’s landing site inside Jezero Crater on Friday (March 5), during the same press conference where the agency revealed Perseverance made its first drive on Mars.

Butler was the first African American woman to win both the Hugo and Nebula awards that honor great science fiction, and the first science fiction writer overall who received a MacArthur Fellowship. Her notable work includes the stories “Kindred,” “Bloodchild,” “Speech Sounds,” “Parable of the Sower,” “Parable of the Talents,” and the “Patternist” series. She died in 2006.

From a recent profile in The New Yorker:

A practical aunt counselled her that “Negroes” couldn’t be writers. Yet although Butler had “never read a printed word that I knew to have been written by a Black person,” she was undeterred. “Positive obsession is about not being able to stop just because you’re afraid and full of doubts,” she wrote in a 1989 essay for Essence. “Positive obsession is dangerous. It’s about not being able to stop at all.”

She was a library-dweller, a writer of affirmations, an aficionada of self-hypnosis, and a diligent apprentice at her craft. After she’d earned an associate’s degree at Pasadena City College, she enrolled in workshops that competed for time with gigs like telephone solicitor and potato-chip inspector. (Sometimes she woke up at 2 a.m. to write before work.) Her career has been as inspiring as her books for the writers who consider themselves—to crib the title of adrienne maree brown and Walidah Imarisha’s 2015 anthology—“Octavia’s Brood.”

The first story Butler sold,“Childfinder,” was written for a workshop led by Harlan Ellison, in 1971. A vignette about a racial schism in a clandestine organization of telepaths, it looked ahead to the series of novels that inaugurated her literary career, though five difficult years passed before her first book, “Patternmaster,” was published. A down-and-out L.A. haunts the periphery of her fiction: factory workers with abusive lovers, fights on city buses, killings in a city whose inhabitants suddenly lose the ability to speak. The volatile bonds of desperate people living and working in close quarters seem to have provided a model for telepathy in her fiction, an ability that tortures its adepts with the mental noise of others’ pain. Empathy, in her work, is often less a virtue than a vulnerability or a weapon.

Where to start reading Octavia Butler from the New York Public Library!