Today we are looking at Ray Montague who revolutionized the way the Navy designed ships. 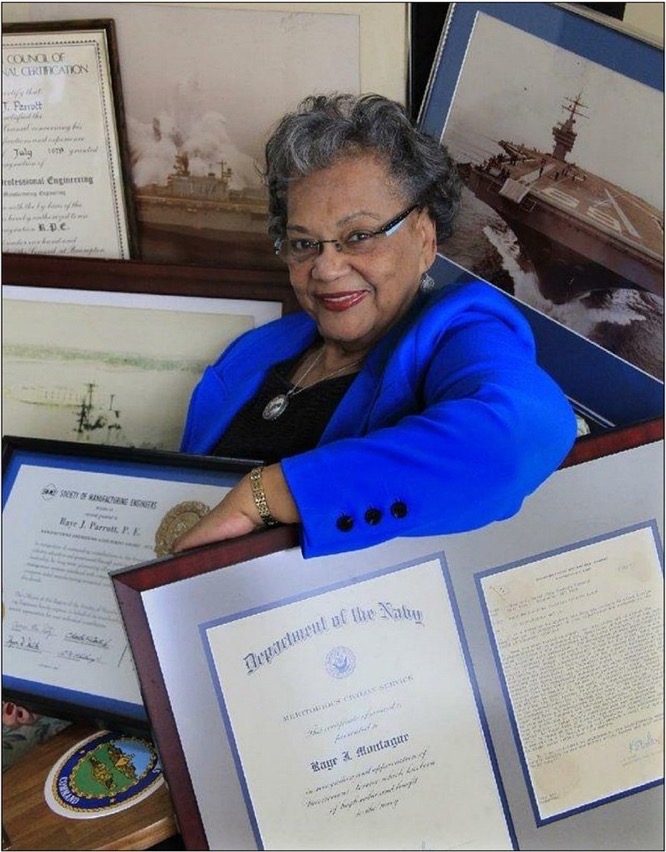 From A Mighty Girl:

Raye Montague, the groundbreaking engineer and ship designer, smashed both gender and racial barriers to revolutionize Naval ship design and become the U.S. Navy’s first female program manager of ships. While Montague was the first person to ever design a ship on a computer, her contributions were little known until Margot Lee Shetterly’s book Hidden Figures, which told the story of African American female mathematicians at NASA, generated a new interest in other little-known women who made remarkable contributions with their technical prowess. Montague, who died in late 2018 and whose story has been told in a new picture book, The Girl With A Mind For Math, always credited her mother’s insistence on education for giving her the push she needed to reach for her dreams. “You’ll have three strikes against you,” she remembered her saying. “You’re female, you’re black and you’ll have a Southern segregated school education. But you can be or do anything you want, provided you’re educated.”