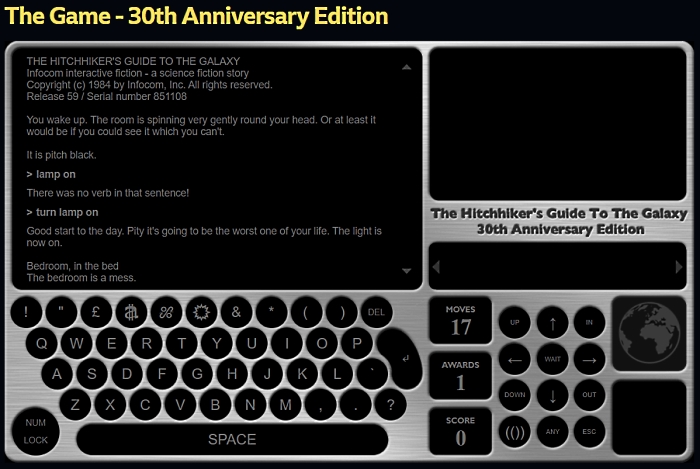 BBC in the UK hosts on their website an interactive Hitchhiker’s Guide to the Galaxy game. Based on the 1984 Infocom game, it’s a text adventure (remember them) where you type in text to perform actions. How very quaint!

See the game here or continue reading about the history: 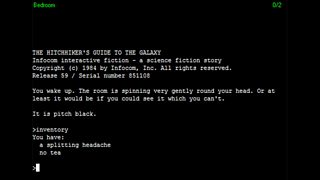 The 20th anniversary edition was still essentially a text game. The Infocom origins of the game were still evident, from the opening credits to the ‘Help’ message. . It was not an attempt to produce a fully animated version, the graphics as followed in the tradition of E. H. Shepard’s illustrations for A.A. Milne’s books – they didn’t reflect all the events described. Most of the images rightly remained, to quote Simon Jones, “in the universe of your head.” 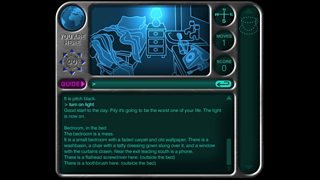 The Hitchhiker’s Guide to the Galaxy Game – 20th anniversary edition

The game was put together by a 4 person team, with Rod Lord supplying design brilliance, Sean Sollé the brains behind the game code, Roger Philbrick designing and coding the entire supporting site, and Shimon Young coding the Flash front end to create the lovely looking final product. For small team, their efforts made a big impact, and not only raised the traffic to the Radio 4 website by 1000%, but also scooped a BAFTA.

Despite its runaway success, in later years the game had been left to languish on some mothballed pages on a server that was due for demolition to make way for a high speed server array…

The game was spotted languishing on these pages, quietly ticking over with up to 70 visitors on a good day. The time seemed right for a spit and polish and to re-house it on a shiny new server just before the old ones were switched off for good. An already cantankerous game with a penchant for killing people in a variety of amusing ways, the game has not become more friendly while sulking unloved and unnoticed. 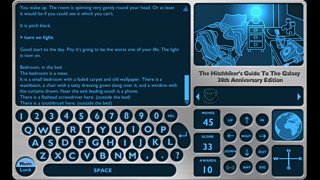 The Hitchhiker’s Guide to the Galaxy Game – 30th anniversary edition

The game is still the same wonderful piece of interactive fiction that Douglas Adams wrote and Steve Meretzky programmed, but in finding it a new home, a few changes needed to be made. The old Flash game would not work on the new servers, and in porting it to a new HTML5 incarnation, several innovations took place. We were able to build in a larger, handier interface, with additional keys and functionality, and build in the ability to tweet from the game.

Then things started to get silly. Having covered the basics, we decided to slip in an ‘Any’ key, just because we could. The $, % and ^ symbols were replaced with new ones for the Altarian Dollar, Flanian Pobble Bead and the Triganic Pu, not because they are needed in the game, but just because we felt like it. We then decided that rather than having a simple functionality where the user could tweet, we would allow the game itself to tweet, based on the actions of users in the game.

This was when the game’s personality started to shine through. This may or may not prove to have been a good idea…