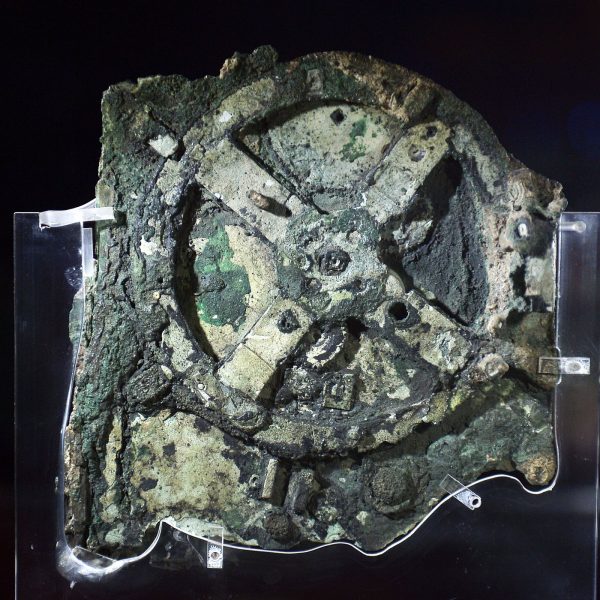 Scientists, para-historians, conspiracy theorists, engineers, and that friend of your who knows how to google real good have all spent some time trying to puzzle out the purpose of the Antikythera mechanism. Dating back to ancient Greece, the geared astronomical calculator may be the world’s earliest example of a geared device. An interdisciplinary team at University College London has made computer model of the mechanism that might demonstrate how it worked when back in the B.C.E. Here’s more from Ars Technica:

“Ours is the first model that conforms to all the physical evidence and matches the descriptions in the scientific inscriptions engraved on the mechanism itself,” said lead author Tony Freeth, a mechanical engineer at UCL. “The Sun, Moon, and planets are displayed in an impressive tour de force of ancient Greek brilliance.”

The hand-powered Antikythera mechanism has a long history. In 1900, a Greek sponge diver named Elias Stadiatis discovered the wreck of an ancient cargo ship off the coast of Antikythera island in Greece. He and other divers recovered all kinds of artifacts from the ship. A year later, an archaeologist named Valerios Stais was studying what he thought was just a piece of rock recovered from the shipwreck, but he noticed there was a gear wheel embedded in it. It turned out to be an ancient mechanical device. The Antikythera mechanism is now housed in the National Archaeological Museum of Athens.

Comments Off on Antikythera Mechanism Reborn in Computer Graphics