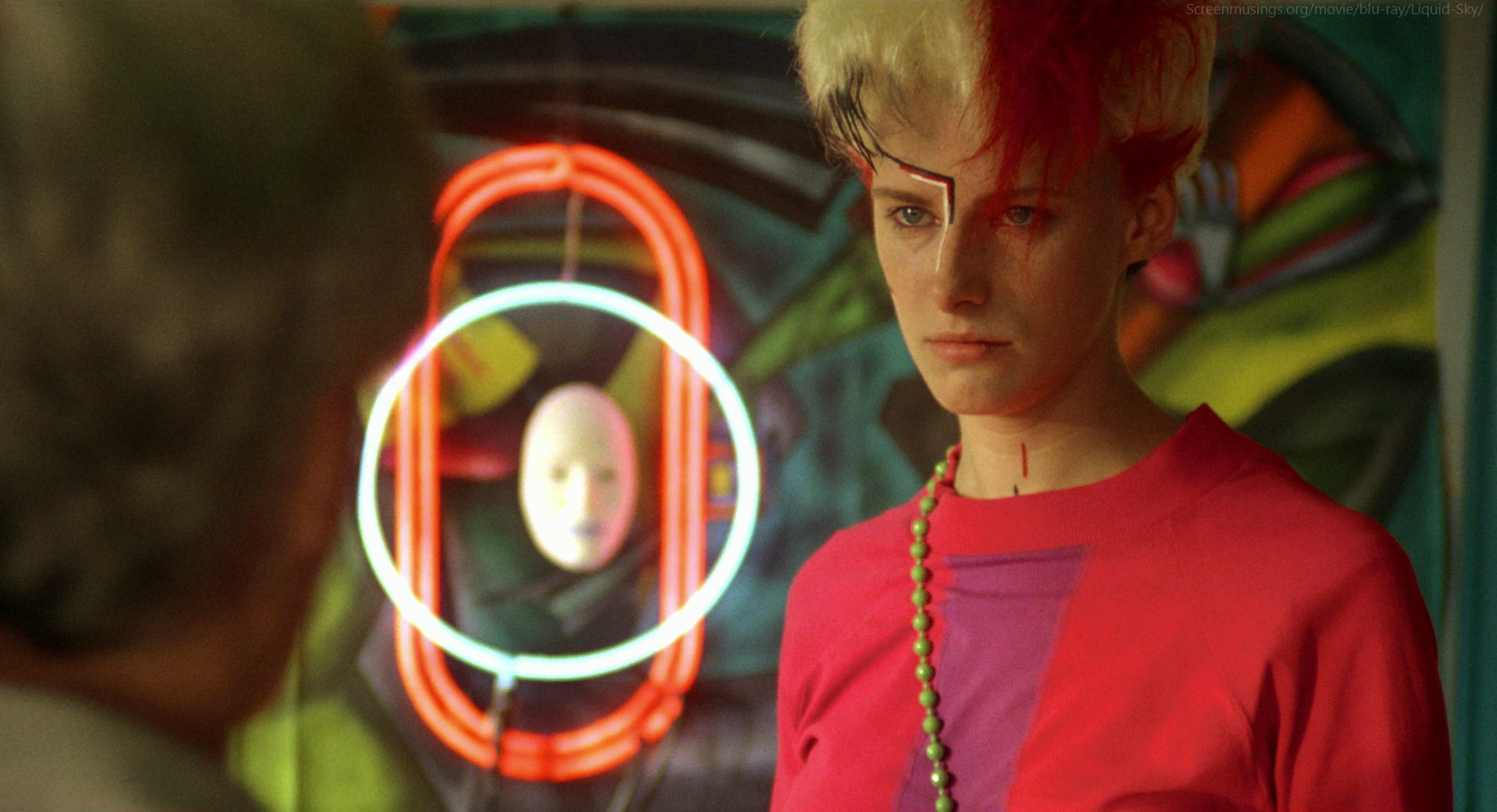 There are a number of novels, films, comics, and other media that always seem to get caught in the tractor beam of the cyberpunk label. For some, even if they don’t check off enough boxes to be considered legitimate expressions of the cyberpunk mode (high-tech/low life, physical vs. virtual, corporate dystopia), they are just too pregnant with the styles and associations of the genre to be ignored. They are stubbornly cyberpunk adjacent.

One such victim/beneficiary of the c-punk label is the rather disturbing 1982 art house film, Liquid Sky. The film, directed by Slava Tsukerman and starring Anne Carlisle (in both a female and male role) and Paula E. Sheppard, concerns a tiny alien spaceship that lands on the roof of a New York apartment building. The aliens live off of the highs of heroin junkies(?) and there are plenty of those in NYC to feed on. But, they soon learn they have an even greater appetite for a different high, the sensations they vampirically feed off of from human orgasms. If they dine on your orgasm, you die. The film is gritty, disturbing, and full of violence and suffocating nihilism.

There is certainly lots of “low life” in Liquid Sky, but the only tech is alien. There is also plenty of punk alienation, body dysmorphia, and a profound sense of disenfranchisement. There is nothing remotely “cyber” to be had. But what Liquid Sky does have is dystopian, futuristic punk style in spades.

The film grew in the same soil as the New York No Wave moment of the late 70s/early 80s (which gave birth to Jim Jarmusch, among others) and it was the same groundwork from which the Electroclash synth music scene would emerge from. Liquid Sky feeds freely on these influences. Electroclash is frequently comorbid with cyberpunk, so maybe it’s no wonder that Liquid Sky is, too.

Comments Off on Liquid Sky, More Electroclash Than Cyberpunk #cyberpunk