Archaeologists Uncover a 1,300-Year-Old Skeleton of a Maya Diplomat 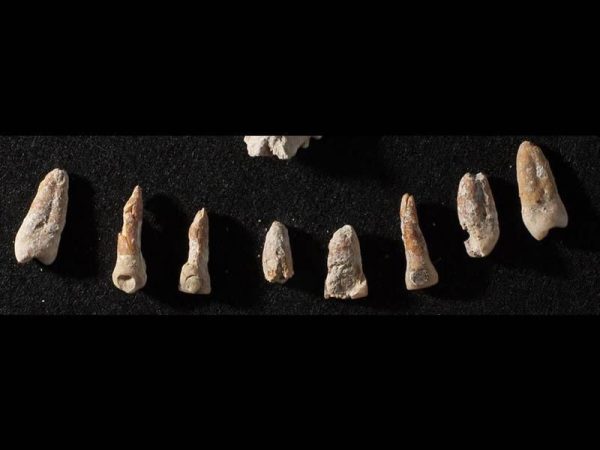 Researchers used radiocarbon dating, stratigraphy, and ceramic typology to determine how old he was at the time of his death and how long ago he was buried.

In 2011, archaeologists Kenichiro Tsukamoto and Javier Lopez-Camacho discovered a “hieroglyph-adorned stairway” at the El Palmar complex, a Maya ruin near the borders of Belize and Guatemala. When researchers ascended the staircase, they found a ritual platform, which housed the 1,300-year-old remains of a former Maya diplomat named Ajpach’ Waal. Now, experts have finally finished excavations at the ancient archaeological site.

As Ashley Cowie reports for Ancient Origins, skeletal fragments and on-site hieroglyphics show that the Maya ambassador suffered from a number of health problems, such as childhood illness and dental issues, and facilitated a pact between two rivaling dynasties, though his efforts ultimately failed. Tsukamoto, who is a professor of anthropology at University of California, Riverside, and Jessica I. Cerezo-Román, an assistant professor of anthropology at the University of Oklahoma, published their findings in the journal Latin American Antiquity last month.

Comments Off on Archaeologists Uncover a 1,300-Year-Old Skeleton of a Maya Diplomat