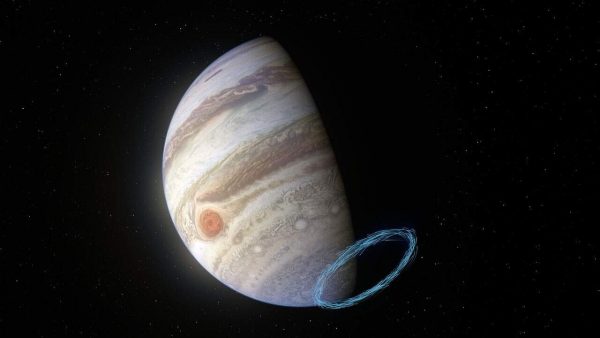 Amazingly, the winds of Jupiter have been measured directly. Here’s more from SlashGear:

Jupiter is well known for distinctive red and white bands in its atmosphere, which are swirling clouds of moving gas that are traditionally used for tracking wind in the lower atmosphere of the planet. Near the poles of the planet, astronomers have also seen a vivid glow known as aurorae that appear to be associated with strong wind in the planet’s upper atmosphere. Researchers had previously been unable to directly measure wind patterns between those two atmospheric layers in the planet’s stratosphere.

Measuring wind speed in the stratosphere of Jupiter using cloud-tracking techniques is impossible due to the absence of clouds in this part of the atmosphere. However, astronomers received an alternative tracking aid when comet Shoemaker-Leavy 9 collided with Saturn in 1994. That collision produced new molecules in the atmosphere of Jupiter that have been moving with the winds ever since.