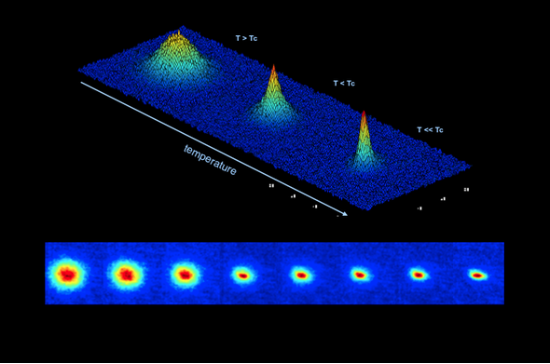 Scientists are hopeful this could lead to more physics breakthroughs.

Onboard the MAIUS-1 rocket, a carefully choreographed system of lasers split the ultracold atoms into multiple matter waves before letting them collide. Images captured inside the rocket, and analyzed once the spacecraft returned to Earth, showed a detailed striped interference pattern that emerged from slight differences in the shapes and positions of each BEC’s peaks and troughs. By studying such details, the researchers could tell whether, prior to crashing, the matter waves had been changed by interacting with light or any other forces in their surroundings.
“Atoms are sensitive to all of it,” says Naceur Gaaloul, a physicist at Leibniz University Hannover in Germany and co-author on the study. The stripe pattern produced by colliding BECs, Gaaloul says, is a bit like an archeological dig: it helps scientists determine the precise precrash history of the matter waves and pinpoint anything that could have moved their peaks and troughs.

Comments Off on Ultracold Quantum Collisions in Space