Today we celebrate Joana Russ, a prominent New Wave science fiction author, critic, and feminist. She is the author of a number of works of science fiction, fantasy and feminist literary criticism such as How to Suppress Women’s Writing. 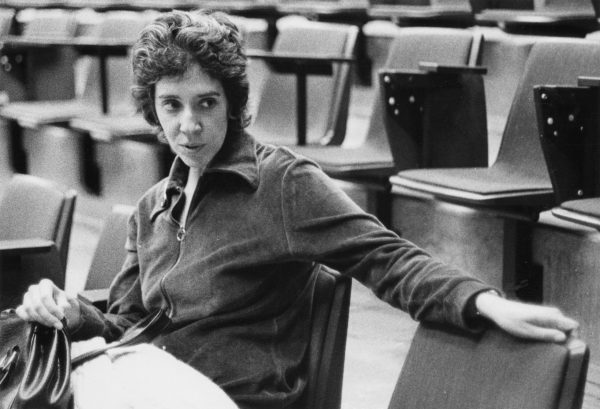 Joanna Russ is truly one of the great science fiction writers of the 20th century. She was also a powerful voice for feminism in a genre that did not always reward powerful voices from women. Here’s a fantastic article on Russ from The New Yorker:

Russ’s alternatives, to return to [fantasy and science fiction writer Ursula K. Le Guin’s term, came down not to looking backward or to mulling over grievances but to saying no. Maybe it wasn’t enough to reject the world, but without that rejection nothing else could begin. One had to say no and go on saying it. The title of “The Female Man” refers to the moment when one of its protagonists, Joanna, rejects her own social role; toward the end of the book, she tells us that “I love my body dearly and yet I would copulate with a rhinoceros if I could become not-a-woman”:

Just as Russ’s reproach to science fiction seemed to be that it was uninterested in embracing what it really could be, so her feminism, in her novels, involved a frustration at having so much to unlearn before being able to see clearly her own situation. For Russ, what was maddening about Le Guin was not that she prioritized the business of being an individual over that of being a woman; it was that she didn’t acknowledge the break with the world that had to take place before either project could begin.