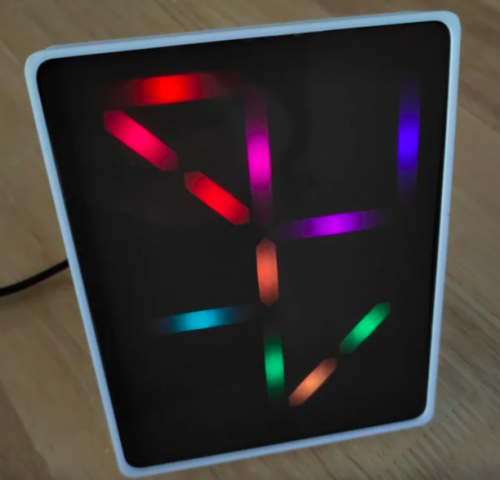 Cistercian numerals were developed in the early thirteenth century, with a single glyph able to indicate any integer from 1 to 9,999. Digits are based on a horizontal or vertical stave, with the position of the digit on the stave indicating the place value.

Throughout history, people have invented and used many numeral systems, some well-known: the Sumerian, Roman, Indo-Arabic system (which by the way is used by almost all mankind). But there were also times when other systems were used. In this project I stopped at one of them, the one used by Cistercian monks and, of course, called the Cistercian numeral system .

At the same time with this system, the Indo-Arabic system began to be used, which we finally know was imposed in use.

But who knows? Maybe in a parallel universe it was kept together with the Indo-Arabic system also the Cistercian one and maybe is used in digital watches! 🙂 What would such a watch look like? This is what I want to show you in the next steps 🙂

Comments Off on Cistercian Digital Clock