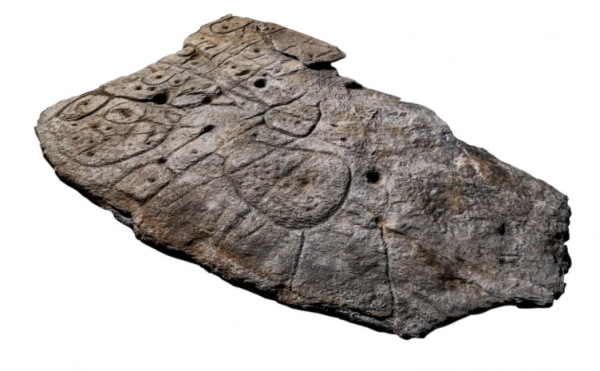 After years of research, the slab dated from the early Bronze Age is believed to be a 3D map of Western Brittany.

The rock, known as the Saint-Bélec Slab, is from France and is believed to date from the early Bronze Age, between 1900 BCE and 1650 BCE. It was initially discovered during digs of a prehistoric burial ground in Finistère (western Brittany) by local archaeologist Paul du Chatellier in 1900 CE. After his death, the archaeologist’s collection was donated to the National Archaeological Museum of Saint-Germain-en-Laye. The slab lay forgotten in its cellar until 2014 when several scholars studied du Chatellier’s writings and went in search of the artifact in the museum’s cellar.