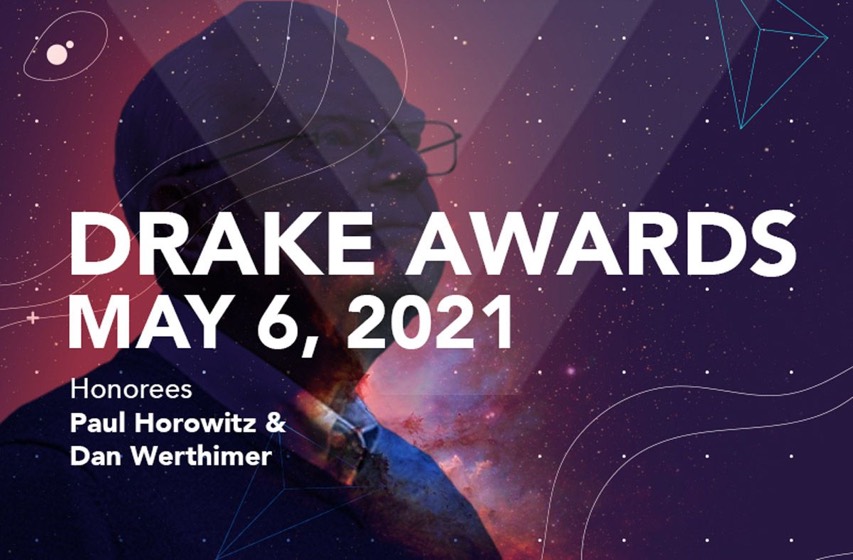 The SETI Institute has named Dan Werthimer and Paul Horowitz as recipients of the 2021 Drake Award.

The award, named after Frank Drake, the astronomer who conducted the first modern experiment to seek extraterrestrial intelligence, honors those scientists and engineers who have made substantial contributions to the search for and understanding of life beyond Earth.

Paul Horowitz is an emeritus Professor of Physics and Electrical Engineering at Harvard University. Well known for his work on circuit design and author of a foundational textbook on electronics, Horowitz is, like Werthimer, one of SETI’s most influential pioneers. In the 1980s, he designed the first million- and billion-channel SETI receivers. These laid the groundwork for today’s SETI technologies. He also supervised the construction of the first dedicated optical SETI telescope.

“I am greatly honored to have been chosen to join the ranks of giants like Drake, Townes, and other distinguished recipients of the SETI Institute’s Drake Award,” said Horowitz. “And I cannot think of anyone I’d rather share it with than Dan (thus further diminishing his chances of becoming rich).”