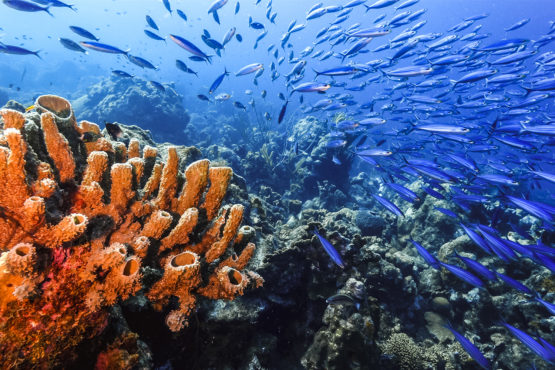 Stanford researchers studied marine biodiversity and its decline over the past 145 million years.

The team found evidence for that pattern in fossil records for marine mollusks going back to the Early Cretaceous, around the time when the first flowering plants appeared and the Rocky Mountains began to rise. They used geochemical data as a proxy for past temperature. “There are some elements and molecules that can record the temperature of different places on Earth at a given time, and then they get preserved in the rock record,” explained Gearty, who is now a postdoctoral scholar at the University of Nebraska, Lincoln. “Measures of those molecules tell us roughly what the temperature was at the time and place on Earth where the rock was formed.”

In colder periods with temperatures akin to those in the modern era, diversity tends to peak at low latitudes. During hot periods such as the Early Eocene or Late Paleocene, when average annual temperatures climbed well past 27 degrees Celsius (80 degrees Fahrenheit), the researchers found biodiversity peaks at much higher latitudes and steeply declines near the equator.

Comments Off on Climate Warnings in Ancient Seas