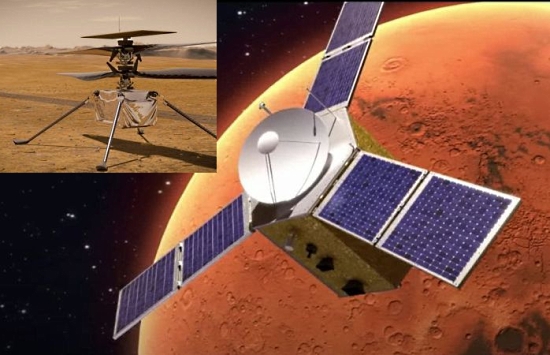 The Ingenuity Mars Helicopter departed Earth for its 293 million mile trip to Mars aboard the Perseverance Rover last July. The launch was the first powered flight on another planet marking a major milestone for humanity. What many of us do not quite know is that this engineering feat was done with Linux, open-source software, and a NASA-built program based on the Jet Propulsion Laboratory’s (JPL) open source framework. As many as 12,000 developers on GitHub contributed to Ingenuity’s software via open source.

The Ingenuity helicopter runs an embedded Linux distribution on its navigation computer. Much of its software is written in C++ using JPL’s open source flight control framework F Prime (F´). Meanwhile, the Python ecosystem played a key role in everything from ground control to flight modeling to data processing.

“We’ve used and contributed to open source software at JPL for our projects and missions for many years,” says JPL principal data scientist and Chief Technology and Innovation officer Chris Mattmann. “That includes everything from operating systems to desktop productivity tools.” But F´ marks the first time JPL has open sourced flight software.

JPL in fact, developed the first version of F´ in 2013. The idea was to create a reusable software framework for a variety of spaceflight projects that could be adapted to practically any hardware, purpose, or destination. “F´ marked a shift in how JPL worked,” explains Mars Helicopter Operations Lead at JPL Timothy Canham. Historically, JPL’s software had been difficult to repurpose. It often contained context-specific functionality embedded deep within its code.