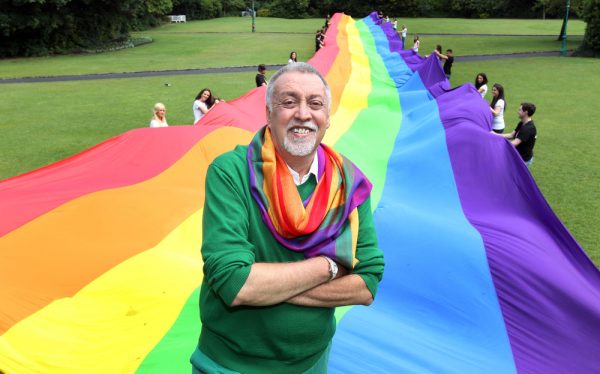 Gilbert Baker was a political activist, designer, and vexillographer who created the Rainbow Flag in 1978.

In 2003, to celebrate the Rainbow Flag’s 25th anniversary, Baker broke his own world record by creating a gigantic flag for Key West Pride. The banner was 1 and one-quarter miles long, and stretched sea to sea from the Gulf of Mexico to the Atlantic Ocean. The flag was cut into sections that were distributed to more than 100 cities around the world. The project was underwritten by Absolut Vodka. The Key West flag was chronicled in the documentary “Rainbow Pride,” directed by Marie Jo Ferron, and screened at film festivals and on public television.

Throughout the decade, Gilbert was invited to serve as grand marshal for LGBT pride events in cities around the world. Among the host cities that honored him were Philadelphia, New York City, Toronto, San Francisco, London, Stockholm, Vancouver, and Winnipeg.

Comments Off on Gilbert Baker #Pride2021