Browse through all that’s new here! 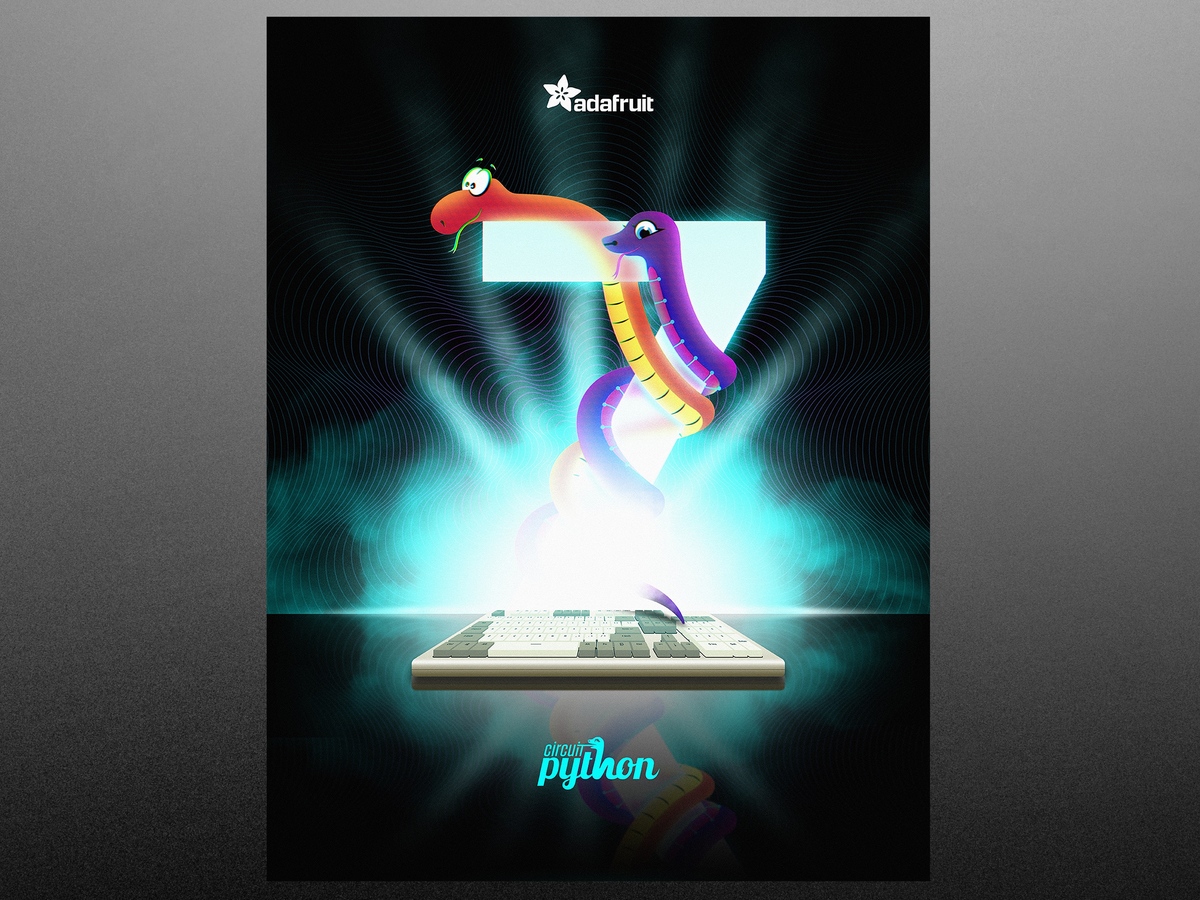 Coming soon! Sign up to be notified when we have these gorgeous posters in the store!

Can you believe CircuitPython is now in its seventh iteration? That’s right! Join us, Blinka, and the MicroPython mascot as we clicky-clacky and build upon the coding future for all makers.

Feature-wise, this stable latest release adds camera support, configurable USB / HID descriptors, and catches up to MicroPython’s stable releases so the underlying language has all the latest bug fixes. 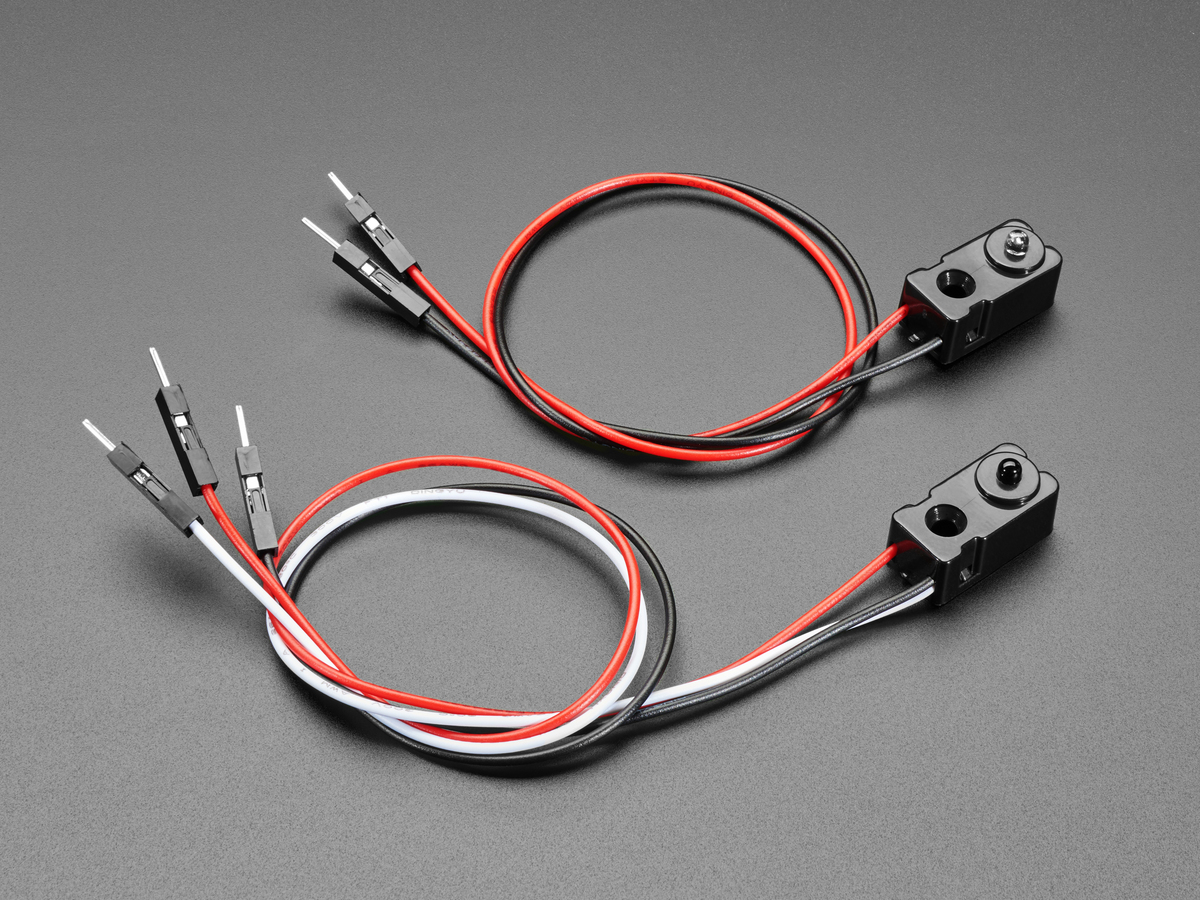 Infrared (IR) break-beam sensors are a simple way to detect motion. They work by having an emitter side that sends out a beam of human-invisible IR light, then a receiver across the way which is sensitive to that same light. When something passes between the two, and its not transparent to IR, then the ‘beam is broken’ and the receiver will let you know.

Compared to PIR sensors, breakbeams are faster and allow better control of where you want to detect the motion. Compared to Sonar modules, they’re less expensive. However, you do need both emitter and receiver on opposite sides of the area you want to monitor. 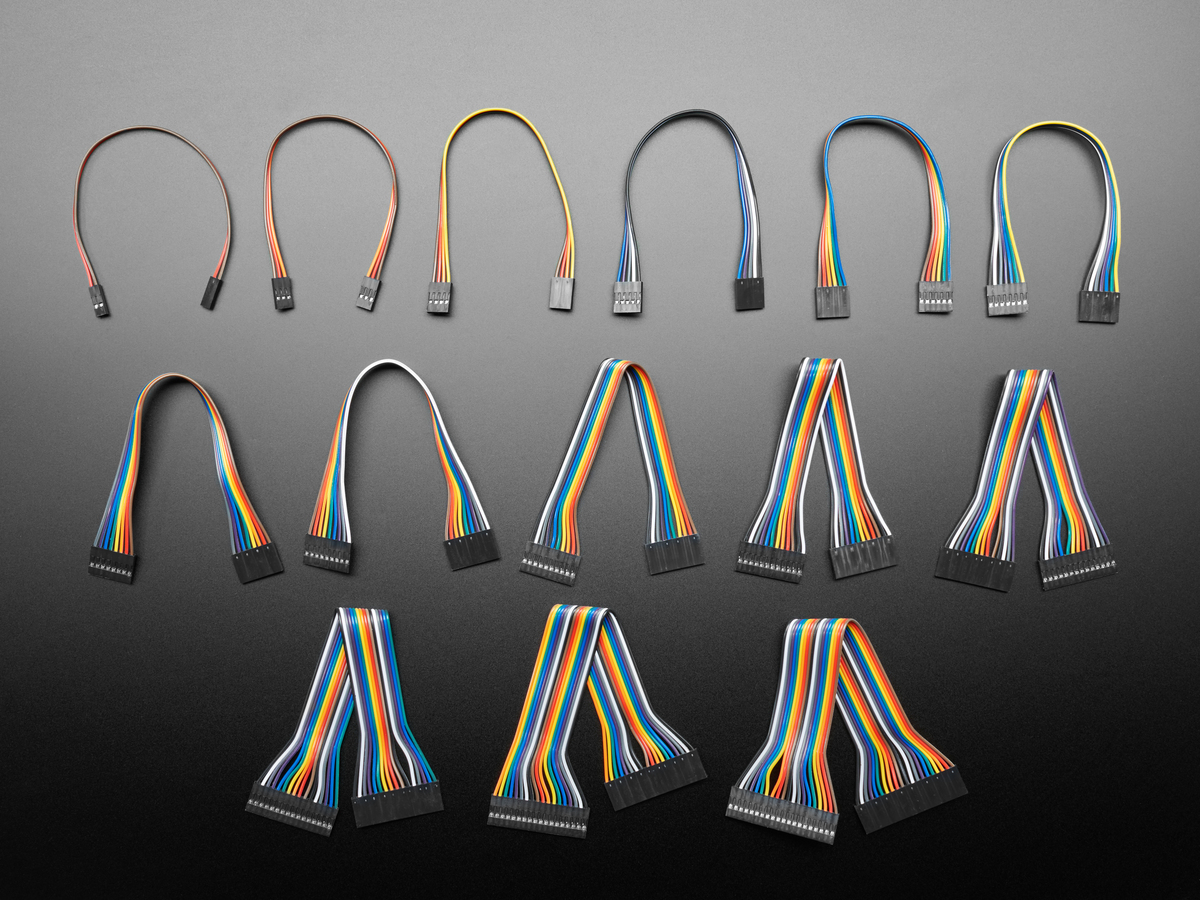 These jumper cables are exactly what you need to connect common 0.1″ header devices together. Sure you can tape together individual 1×1 header jumpers, but why not do it right? Use with perf-board, breadboards, breakouts, and more. You’ll have a solid cable for quickly connecting any 2.54mm / 0.1″ boards.

Sometimes these connectors are called “Berg” or “Dupont” or “Molex” – they’re quite generic!

These cables are just the right length: 20cm or about 8 inches. Note that they don’t have a latch or key so there’s nothing stopping folks from flipping these around. 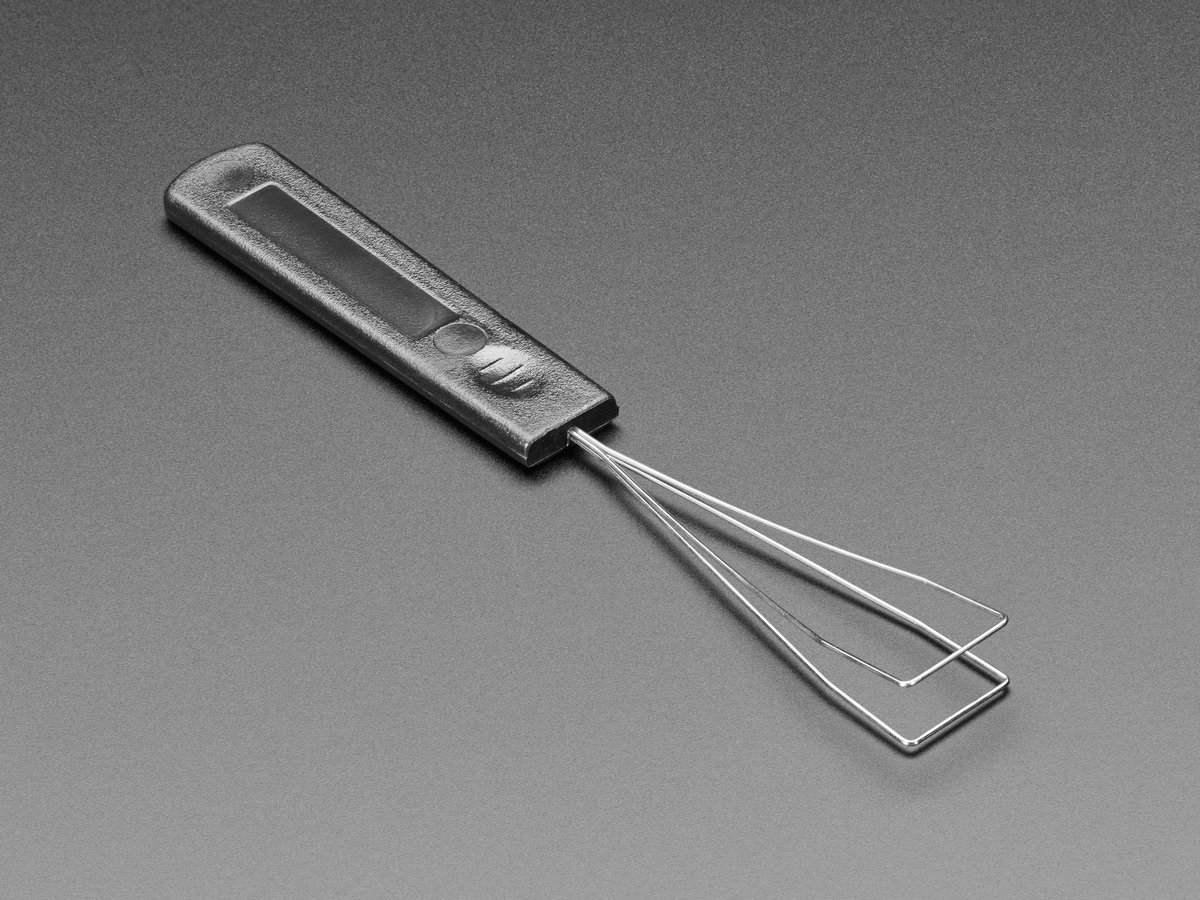 So you’ve got a slew of fun keycaps for your NeoKey or regular mechanical keypad project. You could manually replace them all one by one. But maybe you’ve got bigger hands, or you’re nervous you might She-Hulk out on your keyboard. This wire-whisk looking tool slips over the keycap and pops it off with ease.

Deceptively easy to use. Simply grab the sides of the keycap with the two prongs on the key puller and gently lift up. Works even with those sneaky ESC keys that the ring-type pullers cant reach! 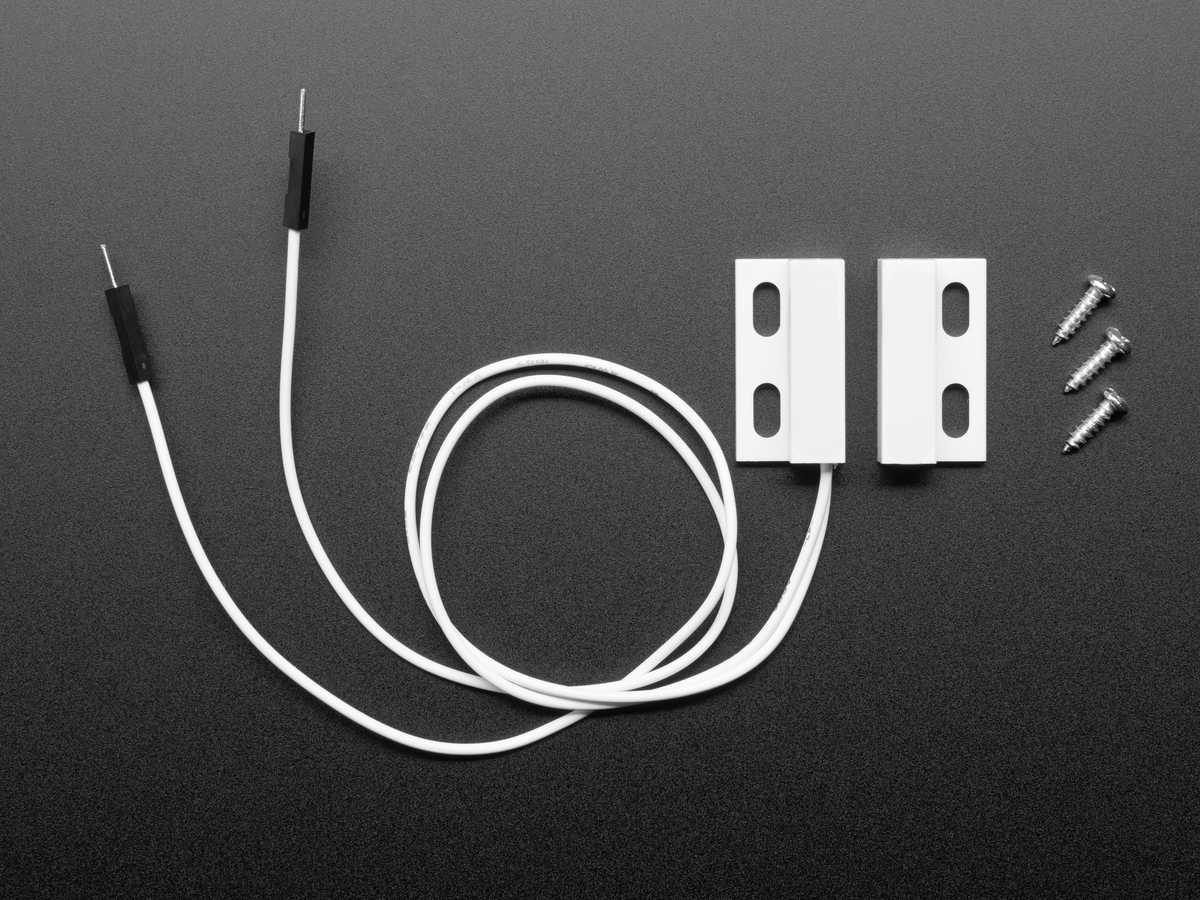 This sensor is essentially a reed switch, encased in an ABS plastic shell. Normally the reed is ‘open’ (no connection between the two wires). The other half is a magnet. When the magnet is less than 13mm (0.5″) away, the reed switch closes. They’re often used to detect when a door or drawer is open, which is why they have mounting tabs and screws. You can also pick up some double-sided foam tape from a hardware store to mount these, that works well without needing screws. 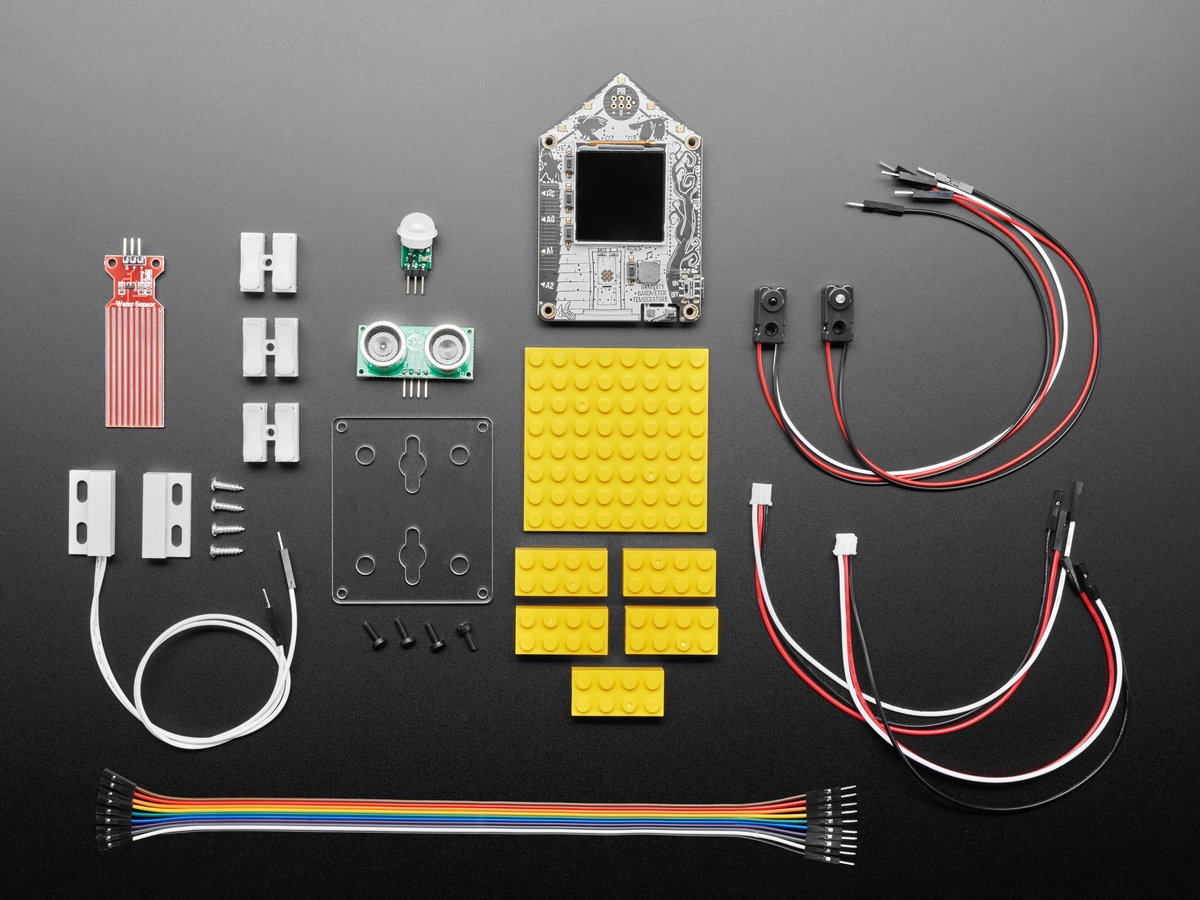 There’s no place like home… and if you’re like us you’ve spent a lot of time at home over the past year. It almost feels like a whirlwind picked us up and flew us to a strange world, and we’ve had to adapt to all these new customs when really we want to return to how life used to be. And, maybe, slowly, we’re starting to make our way back. Until that day, we can stay at home and tinker with electronics.

ADABOX 018 is all about home projects with the FunHouse development board. It’s powered with an ESP32-S2 WiFi chip that can run CircuitPython or Arduino, so it’s easy to make Internet-powered sensors. And sensors are plentiful in this box, with lots of home automation-friendly sensor modules that you can plug right into the FunHouse. 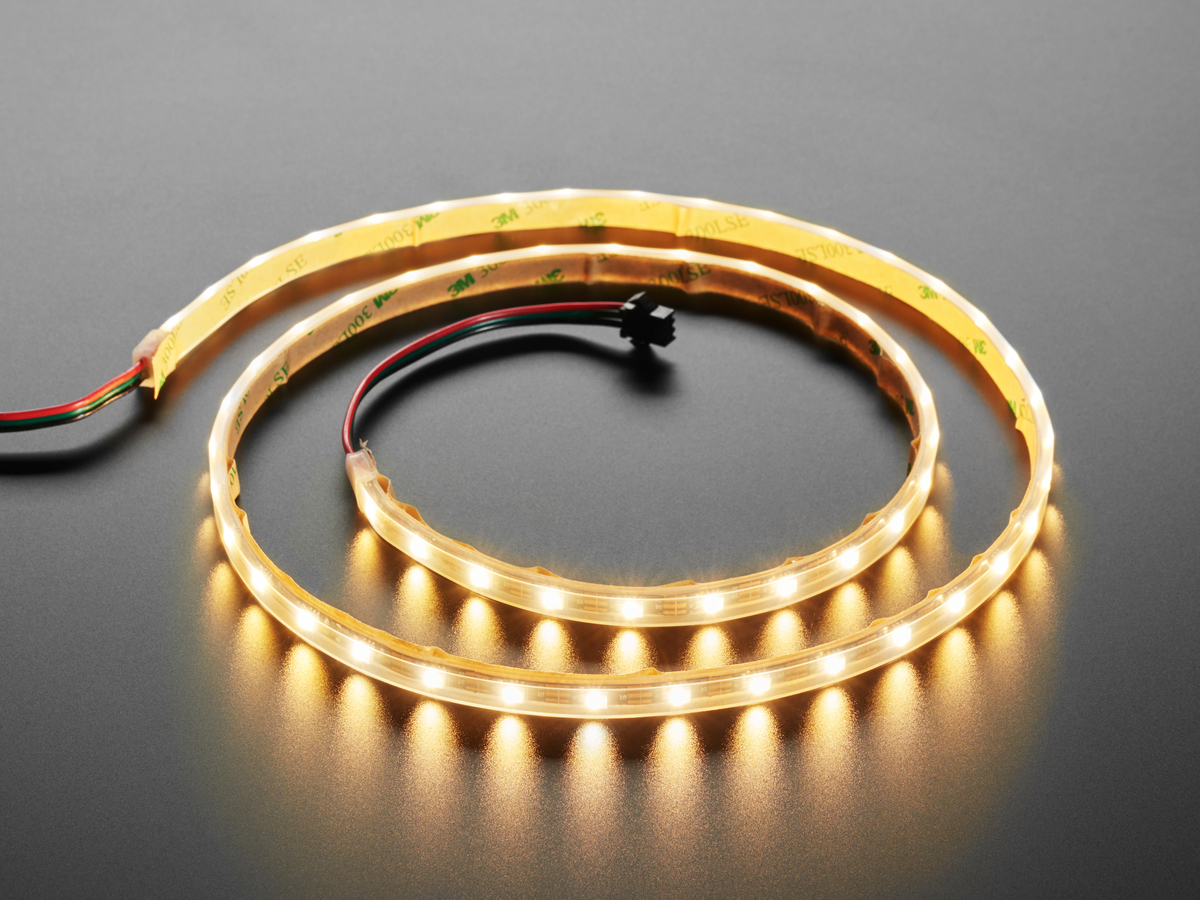 So thin. So mini. So teeeeeeny-tiny. It’s a new ‘skinny’ version of our classic NeoPixel strips, the Adafruit Mini Skinny NeoPixel LED Strip – Warm White 3000K. This version has 60 LEDs-per-meter.

Each NeoPixel is ‘split’, one half is the RGB you know and love, the other half is a white LED with a yellow phosphor. Unlit, it resembles an egg yolk. Lit up these are super bright and can be controlled with 8-bit PWM per channel (8 x 4 channels = 32-bit color overall). Great for adding lots of colorful + white dots to your project! 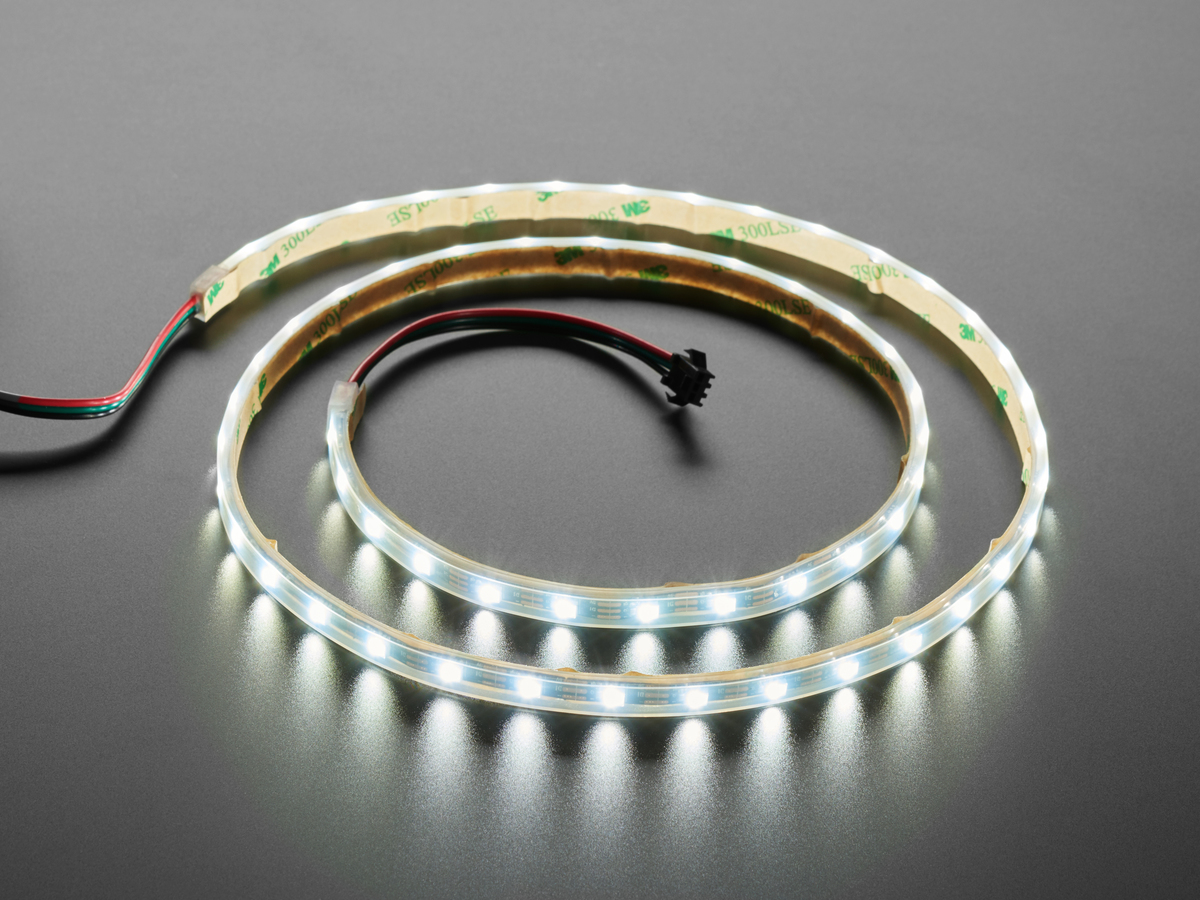 The strip is constructed of flexible black PCB material with weatherproof sheathing and adhesive backing. You can cut this stuff pretty easily with wire cutters. There is a cut line halfway down the strip. Solder to the 0.1″ copper pads, and you’re good to go! Of course, you can also connect strips together to make them longer, just watch how much current you need!

You’ll get a 1-meter long tube JST SM 3-pin connectors at both ends. Provide 5V on the power pins, and provide your standard-issue NeoPixel (WS281x) data on the third pin. There are 60 NeoPixel-compatible LEDs inside. Don’t forget to share the ground pin between the 5V power supply and your microcontroller. Boom – you’re glowin’ in style.

Don’t forget to set your NeoPixel driver for RGBW mode, which is not the default usually. The 4th channel is connected to the 3000K white LED element. 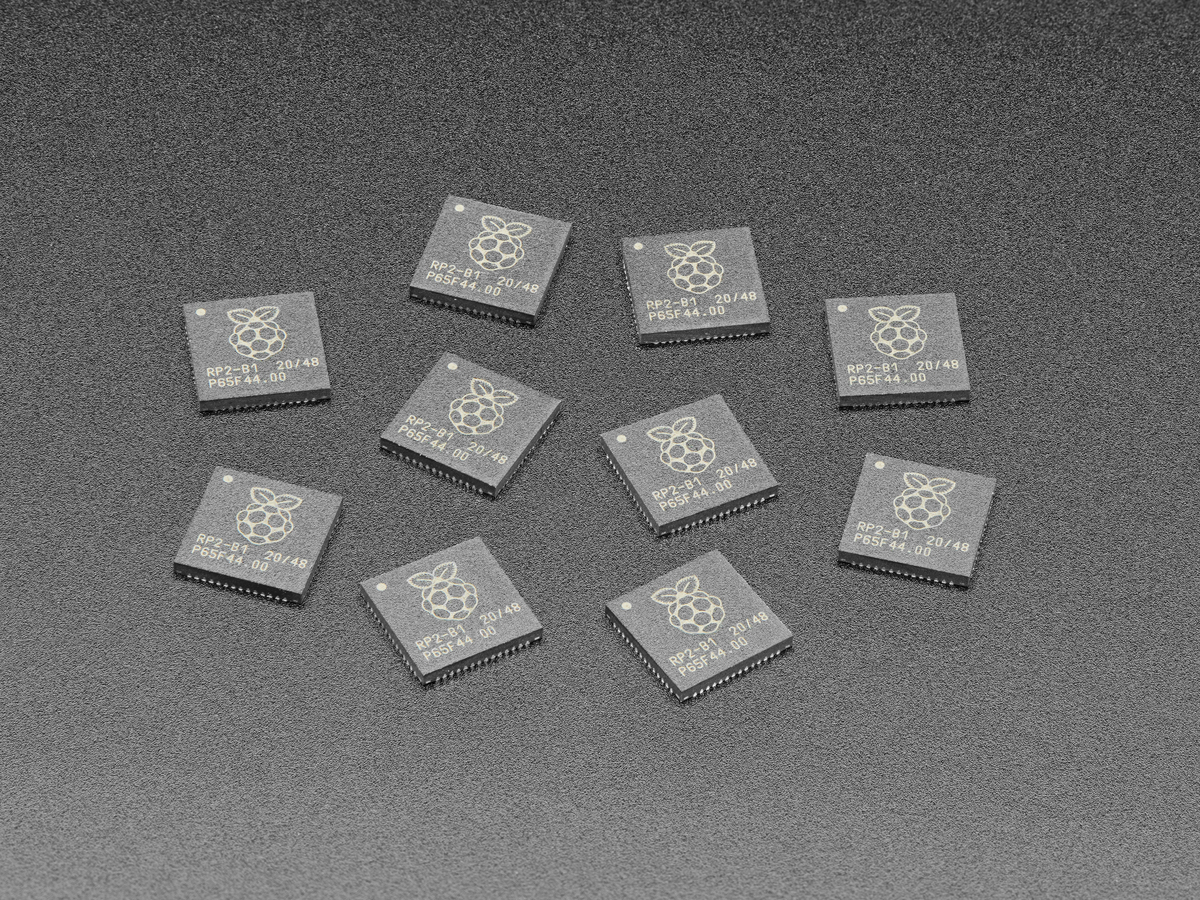 Coming soon! Sign up to be notified when these are in the store!

The Raspberry Pi foundation changed single-board computing when they released the Raspberry Pi computer, now they’ve done the same for microcontrollers with the release of the powerful new chip, the Raspberry Pi RP2040. We’ve used this chip in a bunch of breakouts and dev boards, but perhaps you want to use it too? Now these are available in cut tape strips of 10 for prototyping and development.

Stay in the loop at Adafruit.com/New!

Want to get this info beamed straight into your inbox?

New nEw NEWs From Adafruit is an email newsletter sent once a week to subscribers only.