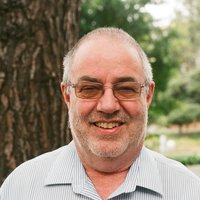 Robert Anderson is a Professor of Economics and Mathematics at the University of California Berkeley who has worked to attain greater equality for same-sex couples in academia. As early as 1991 he spoke at the Stanford University Faculty Senate, countering the claims that granting the same benefits to domestic partners of gay faculty members as to the spouses of heterosexual faculty would cost the university millions of dollars and thus be untenable. Via University of California.edu

Robert Anderson is a Professor of Economics and Mathematics at the University of California Berkeley, and Director of the Coleman Fung Risk Management Research Center. He has been on the Berkeley faculty since 1983. At Berkeley, he has taught calculus, real analysis, mathematics for incoming Economics Ph.D. students, microeconomic theory, and continuous-time finance, among other subjects. His research is in mathematical economics and nonstandard analysis, an alternative formulation of analysis and probability theory derived from mathematical logic. Currently, his work focuses on the economic foundations of continuous-time finance models.

He obtained his Bachelor’s Degree from the University of Toronto in 1974 and his Ph.D from Yale in 1977, both in Mathematics. After a one-year postdoctoral appointment, he became an Assistant Professor of Economics and Mathematics at Princeton. He was promoted to Associate Professor with tenure in 1982, and came to Berkeley a year later. He was an Alfred P. Sloan Research Fellow from 1982 to 1986, and has been a Fellow of the Econometric Society since 1987.

Comments Off on Robert Anderson #Pride2021