Yext is after NeXT 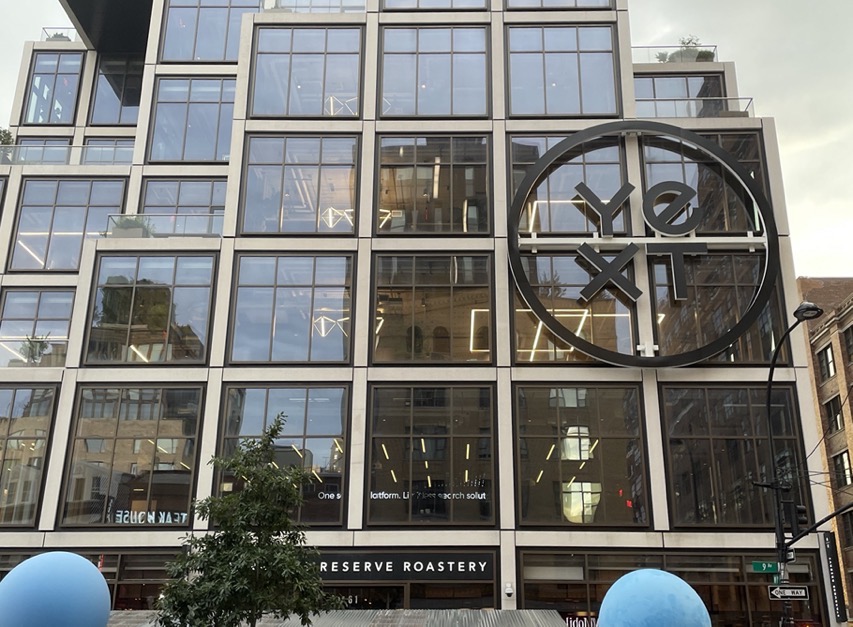 Across the street in Chelsea, NYC from the (new) Google store, and also a block from the Apple store, is the Yext building (photo above). When you walk by, it’s not a Quantum Leap to another timeline, or slide to an alternative future, but it looks like it at first glance.

Yext is a New York City technology company operating in the area of online brand management. It offers brand updates using its cloud-based network of apps, search engines and other facilities. The company was founded in 2006 by Howard Lerman, Brian Distelburger, and Brent Metz. Recent figures showed a market capitalization in 2019 of more than $2.0 billion and a revenue of $354.7 million for the 2021 fiscal year.

NeXT, Inc. (later NeXT Computer, Inc. and NeXT Software, Inc.) was an American computer and software company founded in 1985 by Apple Computer co-founder Steve Jobs. Based in Redwood City, California, the company developed and manufactured a series of computer workstations intended for the higher education and business markets. NeXT was founded by Jobs after he was forced out of Apple, along with several co-workers. NeXT introduced the first NeXT Computer in 1988, and the smaller NeXTstation in 1990. The NeXT computers experienced relatively limited sales, with estimates of about 50,000 units shipped in total. Nevertheless, their innovative object-oriented NeXTSTEP operating system and development environment (Interface Builder) were highly influential.

In 1986, Steve Jobs paid renowned graphic designer Paul Rand $100,000 to create a visual identity for his computer company. Rand developed a unique 100-page proposal book for the NeXT logo that walked the reader step-by-step through the conceptual process to the final outcome.

Here is the NeXT logo side by side with Yext. It’s the e and the XT that really hits ya.

I like to imagine NeXT continued on in another timeline, and they’re making NeXT_pHONES and NeXT-paDs … but that’s not what happened, anyway – someone else also noticed this logo similarity a year ago when you search for #yext on Instagram.

Comments Off on Yext is after NeXT