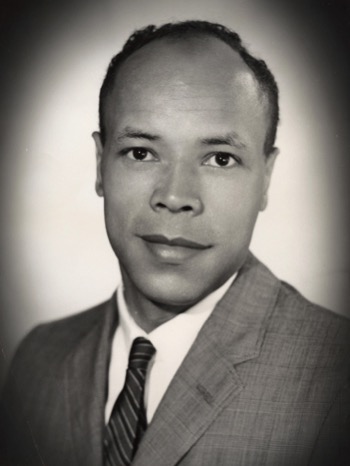 Meredith Gourdine was a pioneer in the field of electro-gas dynamics, he invented a technique to disperse smoke from building and disperse fog from airport runways. Gourdine was granted a over 30 U.S. patents in his lifetime, Via CPNAS

Gourdine was born in Newark, New Jersey, and raised in Brooklyn, New York. His father, a laborer, advised him to stay in school so he would have better opportunities in life. After graduation from Booklyn Tech High School, Gourdine turned down an athletic scholarship (for swimming) from the University of Michigan and chose to attend Cornell University. At Cornell, he earned the nickname “Flash” as an intercollegiate track champion, competing in sprints, low hurdles, and long jumps. He received a B.S. in engineering from Cornell in 1952, the same year he won his Olympic medal.

He served as an officer in the U.S. Navy and then did graduate work in engineering at the California Institute of Technology, supported by a Guggenheim fellowship. He worked as a senior research scientist at the Caltech Jet Propulsion Laboratory for two years and was awarded his doctorate in 1960.

In 1964, after working in private industry, Gourdine founded his own research and development firm, Gourdine Systems, in Livingston, NJ. In 1973, he founded another company, Energy Innovations, in Houston, TX. Energy Innovations produced direct-energy conversion devices from his patented designs. The devices converted low-grade coal to high-voltage electrical energy.

Comments Off on Meredith Gourdine #AmericanInventions