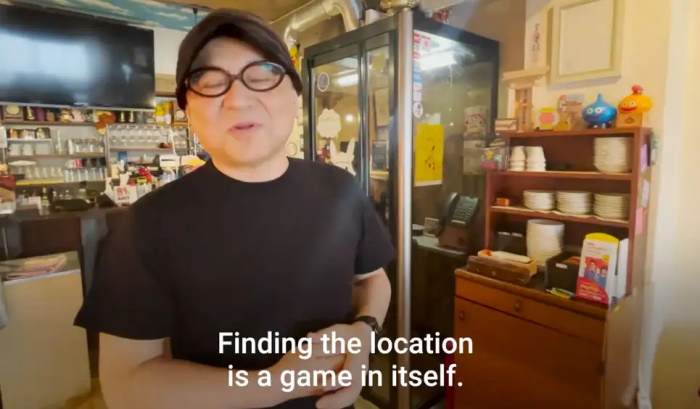 Kotaku writes about former Nintendo employee Toru Hashimoto, who has for years been running a secret diner in Tokyo. Alongside housing rare items from Nintendo’s past, the location has also served as an industry hangout for some of the biggest names in Japanese video game development.

59 year-old Hashimoto opened 84—“a combination of the creator’s last name, the year he joined the Kyoto-based games maker and the final stage in Super Mario Bros”—in 2015, and filled what was then a diner with all kinds of items that he rescued from destruction:

Never expecting video games to become the cultural phenomenon they have grown into, the company wasn’t very careful about preserving its history, industry consultant Hisakazu Hirabayashi said. But Hashimoto, feeling sentimental about the products his colleagues created, made a habit of saving small items destined for the incinerator and bringing them home…“I moved a fraction of them for display at the diner, hoping my friends would feel nostalgia by seeing them,” Hashimoto said in an interview at his café. “That made my wife happy at least, as our house is more organized now.”

The pandemic has forced changes, with 84 first closing down for months, before re-opening as a café.

More importantly for a place that was previously a secret, known only to industry insiders, it’s now open to the public, though its address remains hidden and is only provided upon making a reservation.