Tim Berners-Lee sells web source code NFT for $5.4m (is this the most expensive Python program made?) 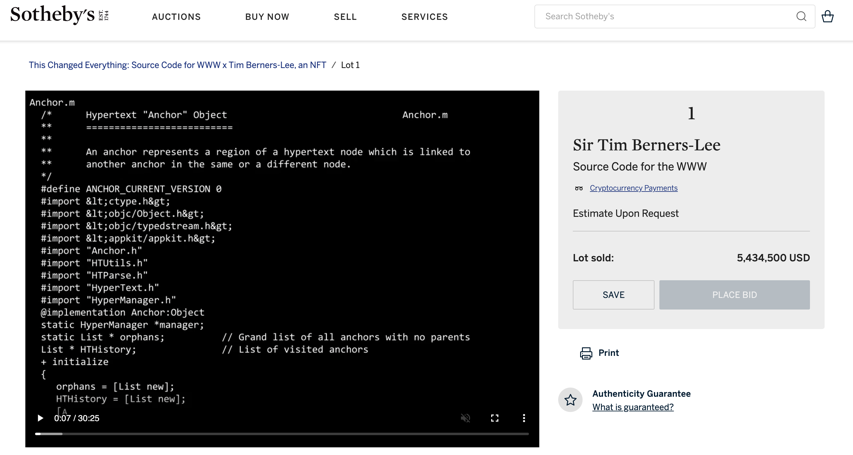 “I’m not even selling the source code. I’m selling a picture that I made, with a Python programme that I wrote myself…” –

NFTs are certificates of ownership for digital assets, which often do not have a physical representation.

They do not necessarily include copyright control – and critics say they are get-rich-quick schemes that are bad for the environment.

The highest bid stood at $3.5m for most of the last day of the auction – but there were a flurry of bids in the closing 15 minutes.

NFTs have been criticized for their impact on the environment, as the blockchain – where the records of ownership are stored on a digital ledger – requires huge amounts of energy to run.

Sotheby’s said it would pay for a carbon offset for the “minting and transaction costs of the sale”.

“I’m not even selling the source code. I’m selling a picture that I made, with a Python programme that I wrote myself, of what the source code would look like if it was stuck on the wall and signed by me.

“If they felt that me selling an NFT of a poster is inappropriate, then what about me selling a book? I do things like that, which involve money, but the free and open web is still free and open. And we do still, every now and again, have to fight to keep it free and open, fight for net neutrality and so on.”

And here is the what the person got who won the auction.

There may be a code error in the NFT that was sold, it might be worth more since it’s a “misprint” of sorts?

For posts about NFT, art, etc. we’re not advocating NFTs. It’s interesting to see what is happening, the discussions about its impact on the environment, and choices artists can make for how it is minted / sold. We’ll post more about NFT in a pretty short list of topics, please do not assume we are telling people to purchase NFTs, make them, or harassing people if they do or do not. 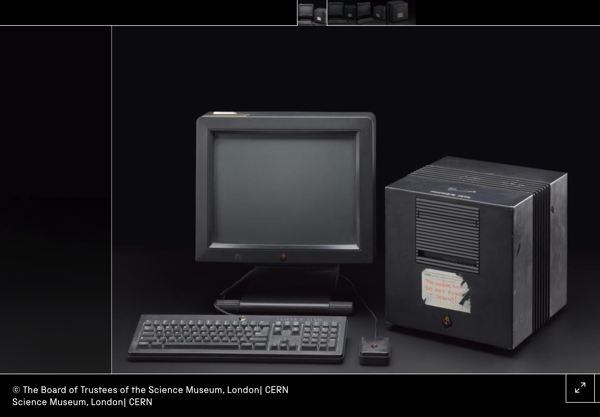 Comments Off on Tim Berners-Lee sells web source code NFT for $5.4m (is this the most expensive Python program made?)