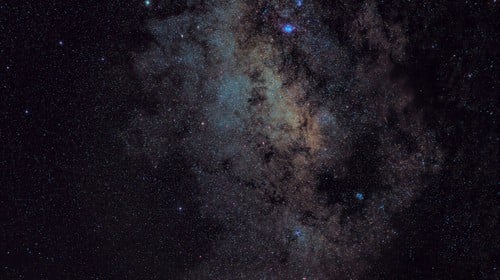 A balloon with the volume of a football stadium will be launched into space next year. It’s called the SuperBIT and it’s job is to measure dark matter. Here’s more from MOTHERBOARD:

The SuperBIT is able to capture high resolution, multicolor images using a cutting-edge camera. The telescope cost only $5 million to construct and operate, which is “almost 1000 times less than a similar satellite,” according to the press release. The telescope will also be helping to understand dark matter, a form of matter that physics tells us is there by its actions on celestial bodies but which scientists have never directly observed. SuperBIT will be investigating the properties of dark matter by observing whether dark matter slows down during collisions with itself. It’s designed to take images overnight and recharge during the day using solar panels.

Mohamed Shaaban, a doctoral candidate from the University of Toronto who led the telescope’s system integration, told Motherboard that the SuperBIT is a cost effective alternative that can supplement demand for the Hubble Space Telescope. Scientists are even hopeful that its cheap cost will make it possible to deploy a fleet of similar telescopes.