Revisiting Time at the 1964 Tokyo Olympics 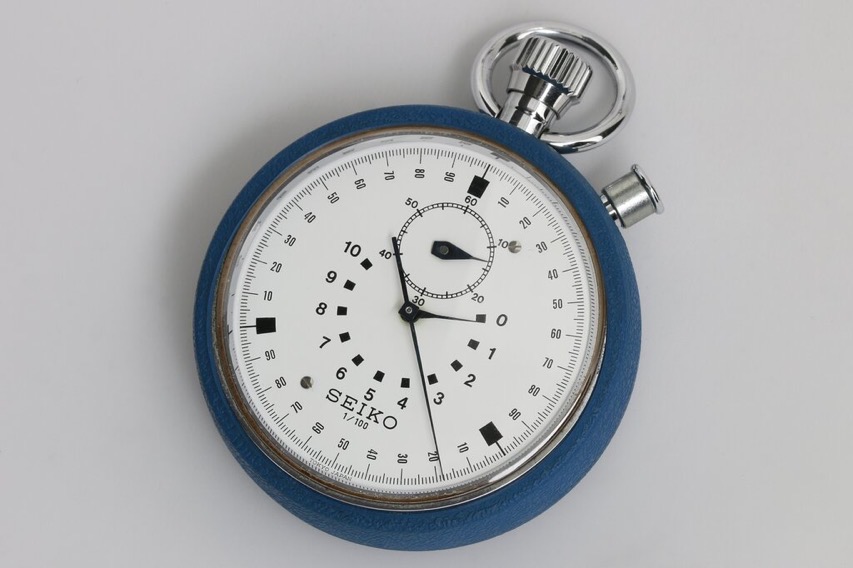 Seiko is revered in the world of horology for their craft, innovation and affordability. London’s Japan House is currently running an exhibition on Seiko’s highly precise time pieces from the ’64 Olympics. Via The New York Times:

The ’64 Olympics — the first to be held in Asia — “became somewhat of a watershed for Japan,” Mr. Wright said, “after the reconstruction of its democracy and economy after the Second World War.” It also was the first time a watch company with headquarters outside of Switzerland was the Games’s official timekeeper, a role now handled by Omega.

Described as the first portable timepiece of its kind that is accurate to within plus or minus two-tenths of a second per day, the quartz crystal chronometer’s two long-lasting size-D batteries made it suitable for use during long events, like marathons. The device is about 8 inches tall and 6.5 inches wide. And, Mr. Wright said, it “was key to the later development of Seiko wristwatches which would stay more accurate over a longer time.”

Comments Off on Revisiting Time at the 1964 Tokyo Olympics