This week’s EYE ON NPI (video) is ready to be tested – it’s a super powerful piece of test equipment from Digilent – we are happy to feature the Digilent Analog Discovery Pro 3000 Series.

The Analog Discovery Pro 3000 (which we will shorten to ADP3000) is a huge upgrade from the EYE ON NPI we had last year with Digilent’s Digital Discovery pod. That product was a small digital logic analyzer, great for doing firmware debugging with up to 32 channels of 200 MS/s data capture and lots of built-in bus decoding. To match with the Digital Discovery, Digilent also came out with the Analog Discovery 2 with two analog input channels of 14-bit, 100MS/s, 30MHz ADC and 16-channel logic analyzer. 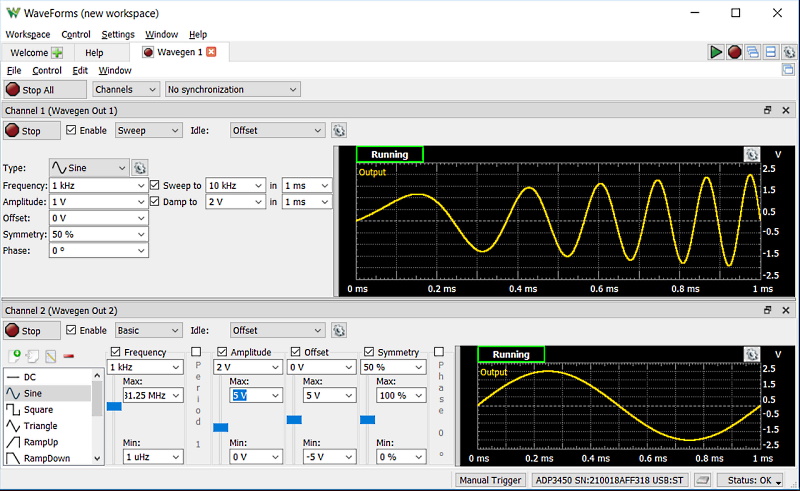 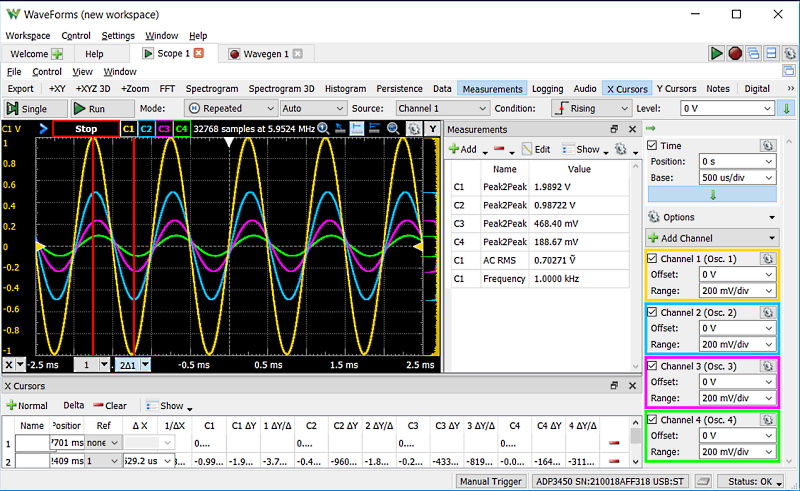 The Analog Discovery 2 is a great student/maker/beginner mixed-signal tool, and compact enough that you can fit it into your laptop bag for analysis anywhere. But if you want something that is comparable to a ‘real’ scope, you’ll find that you’ll want something that can take real scope probes and BNC output for those high speed signal generations. That’s why there’s now the ADP3000 – the 3000 means its 1500x ‘more extra’ than the Analog Discovery 2? Which gives benchtop-ruggedness to a digital USB scope.

The ADP3000 series is a ‘little bit of everything’: 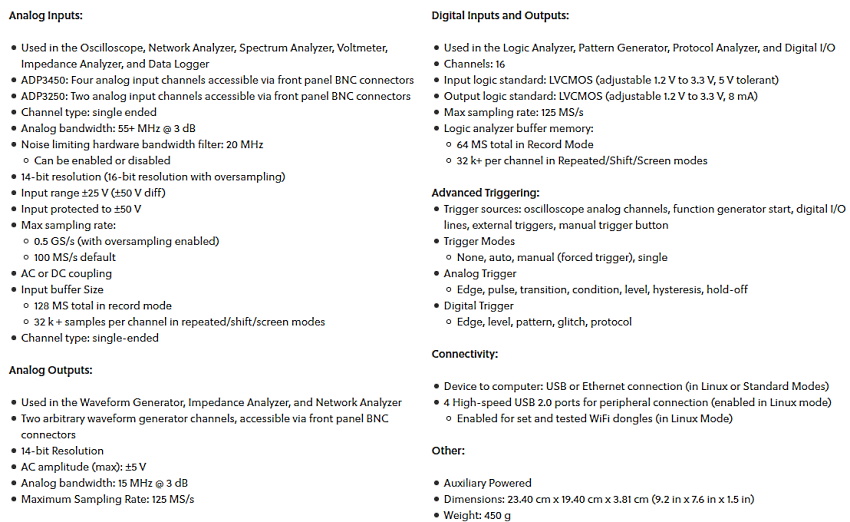 Now, to be completely fair – this isn’t going to replace a benchtop scope. Even my trusty old Tek TDS2014, bought 15 years ago, has 1 GS/s and 100 MHz sample rate. And, personally, I still really like twiddling physical knobs when debugging a circuit. So we think that while it could be used as a benchtop toolkit, the ADP3000 isn’t designed for that. 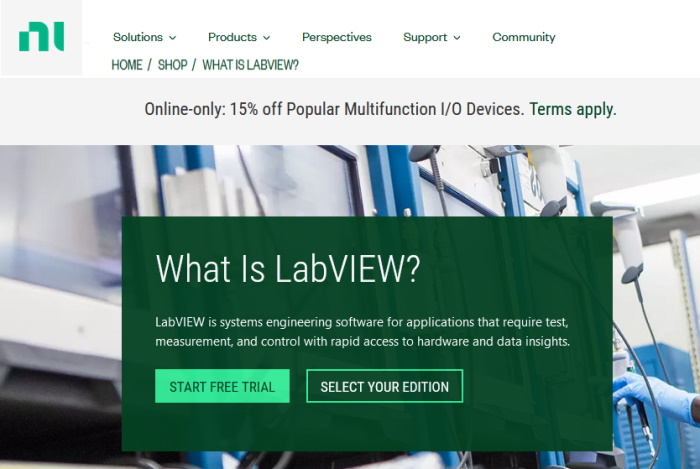 Instead where we think this tool would really shine is automation or test engineering, where components or setups need to be analyzed or as part of a integration test. That’s because Digilent is a wholly-owned subsidiary of National Instruments who make LabVIEW an extremely-popular lab/data capture/analysis program. So you know that there’s going to be excellent integration, with the Digilent tools getting “First Class” support in LabVIEW. Having seen physicists/biologists/mech e’s struggle with how to automate their experiments, this tool would work very nicely in a graduate or company lab.

One feature that really stands out for the ADP3000 is that, yes, you can plug it into a computer via USB like you’d expect to capture data on a host PCB, but you can also log in directly into the scope in “Linux Mode“. Not surprisingly, this scope runs embedded Linux, that’s how it can do stuff like have USB host and Ethernet. But even with Ethernet, there’s always the risk of bandwidth or dropped packets. What if you want to get some large data capture going, where you don’t want to be restricted by USB? Or if you wanted to connect some additional hardware? We like that Digilent opened up this capability – most test equipment companies would not be excited to let the user log into the device itself and mess around!

For scientists and automation and test engineers, this is a very promising tool – and you can pick up one from Digi-Key for immediate shipment right now!

There are four ‘versions’ of this product: you can get 2 or 4 analog input and with or without probes. For many uses, ADP3250 2-input version without probes will do a fine job but check out the other options before checking out. Order today and you can be automating your data acquisition by tomorrow.

See on Digi-Key at https://www.digikey.com/short/vmvw4mv3