The Journey of a Wooly Mammoth 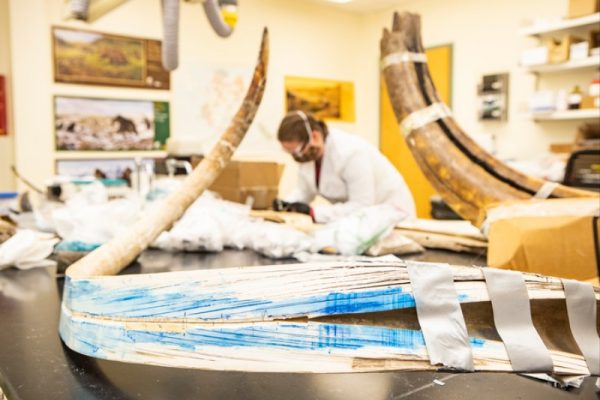 Sometimes when looking at ancient migrations of people and animals historians draw those big arrows that arc from one side of a continent to the other. Even with those continental arrows, it’s hard to imagine just what those distances are like. Now paleontologists have managed to determine the distance that one of these ancient animals, a wooly mammoth, traveled in its lifetime. Here’s more from MOTHERBOARD:

The results revealed that the mammoth racked up an extraordinary distance in its lifetime, especially after it was presumably kicked out of its family herd as a teenager—a rite of passage that some male elephants also experience at around the same age. After its departure from its family, the mammoth began to range into the Arctic Circle much more frequently, covering tens of thousands of miles while it presumably searched for food or mates.

“It was a real surprise that this was, we think, very analogous to modern elephant behavior,” [director of the Alaska Stable Isotope Facility at the University of Alaska Fairbanks Matthew Wooller] said. “There was a distinctive change in range and movement pattern. The animal spent a lot more time at higher elevations and further north during that mature stage.”

Comments Off on The Journey of a Wooly Mammoth