Sound Of The Tokyo Olympics #MusicMonday 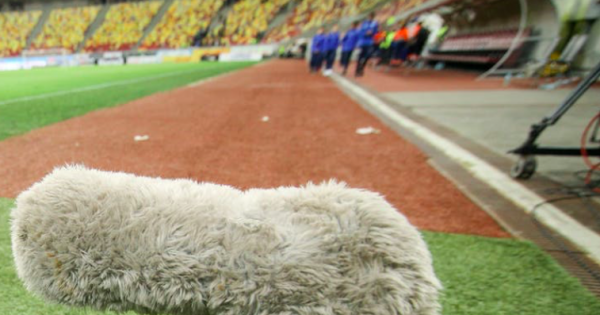 If you’ve watched the Tokyo Olympics, you know that you can hear them really well. The sound of shoes on the track, the thwip of an arrow, the grunt of an Olympian as they toss a very heavy ball as far as they possibly can. The history of sound at the Olympics involves international technological cooperation, the firs geostationary satellite, and more microphones than you can possibly imagine. Here’s more from The Conversation:

The Tokyo 1964 Games were the first to be broadcast internationally. More than 14 hours of black and white footage was transmitted to the first geostationary satellite and, from there, to 23 countries around the world.

In late 1963, acoustics experts in Tokyo had discovered that the sound system at the new Yoyogi National Stadium had major issues. The main stand was covered by architect Kenzo Tange’s sweeping tent-like roof which – although an instant architectural classic – proved a headache for sound designers. The canopy reflected the sound beneath it, creating a low-pitched boom. Delays from the speakers meant that people’s amplified voices were almost unintelligible at the back of the stadium. And the speakers themselves had a very limited frequency response, eliminating almost everything that was outside of the range of the adult human voice.

Comments Off on Sound Of The Tokyo Olympics #MusicMonday