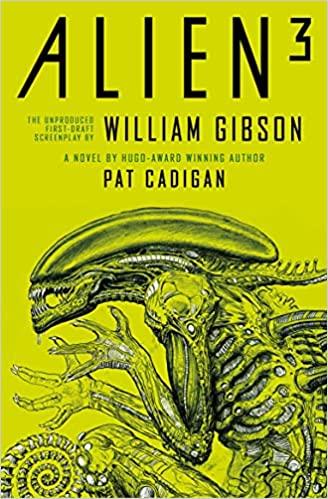 A long-suffering project involving two architects of the cyberpunk movement is about to finally see the light of day. It’s the original, rejected William Gibson screenplay for the 1992 Alien 3 film. The novel adaptation of the script was written by fellow member of the Mirrorshades Group, Pat Cadigan. The book will be available on September 7th.

Many, many moons ago — back in 1987 to be precise — William Gibson was tapped to be the first of what turned out to be ten writers to tackle the script for what was to become the third film in Ripley Scott’s Alien franchise. Gibson ultimately produced a second revision, in 1988, which toned down the story a bit, but the studio still passed on it.

This second revision was adapted into a comic series by Dark Horse Comics in 2018, and an audio drama in 2019 by Audible Studios, but the first revision remained in the dark aside from being passed around the internet on Alien fandom sites and message boards.

Now, in 2021, it sees the proper novelization it deserves; and from the Queen of Cyberpunk herself, Pat Cadigan.