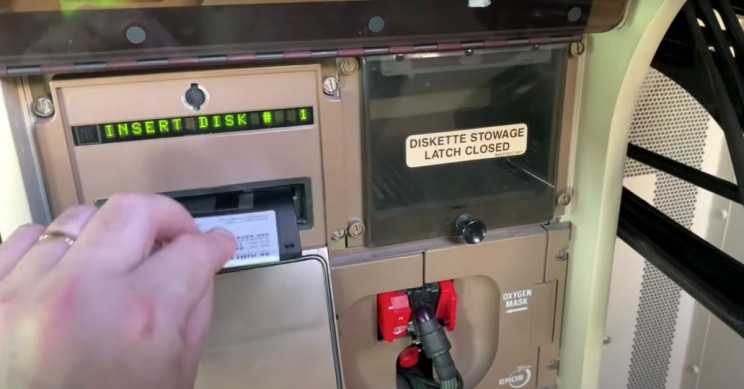 Interesting Engineering reported last year that the 747 uses floppy drives as a navigation database loader and planes require an update every 28 days, according to Gizmodo. This means there exists an engineer who makes monthly visits to every 747-400 — flopping floppy disk in hand — and manually deliver every update, personally.

Additionally, the majority of Boeing 737’s are also updated with floppy disks, reports The Verge. Operators of these planes carry binders stuffed with floppy disks for “all the avionics that they may need,” according to a 2014 Aviation Today report. This means important information about runways, flight paths, airports, and waypoints pilots need to write flight plans.

This has been widely-known since 2014, which raises the question: why hasn’t anyone brought the aviation industry up to speed with the 21st century? An Aviation Today report noted that even now a “significant number of airlines are still using floppy disks for software parts loading.”

Of course, we should say that the 747-400 is an aging plane — its first flight happened 32 years ago, when floppy disks were cutting-edge, in 1988. Now they simply maintain commercial and industrial legacy systems — economic sectors built to last and not adapt to changing standards of computing technology.