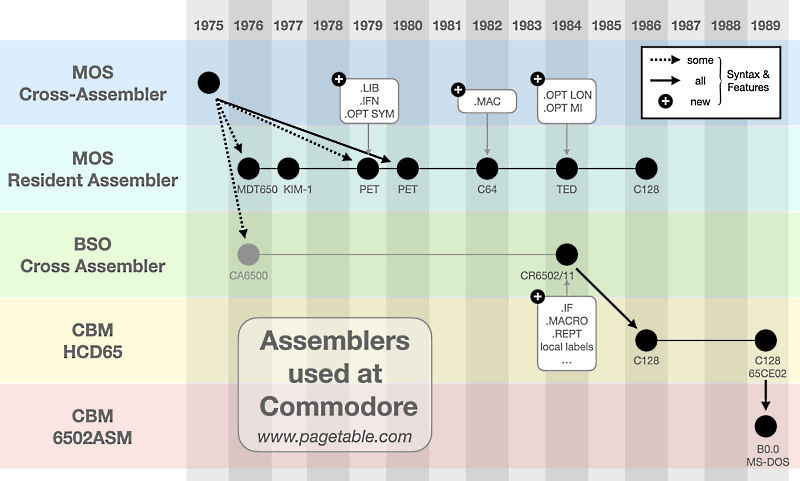 Michael Steil documents the five 6502 assemblers used by Commodore between 1975 and 1989:

Commodore used 5 different assemblers, most of them in-house tools, to build the ROMs for their Computers like the PET, the C64 and the C128. Nevertheless, all Commodore source files, from 1975 to 1990, share a common format and use the same assembly directives. This series of articles describes each of these assemblers.

Both assemblers were compatible in that they understood the same source format, with the same math features and the same directives and options.

There is a series of articles covering all the assemblers used:

If you are interested in Commodore’s source code, see the GitHub repo here.