What Do You Know About the Planet Mercury? #SpaceSaturday 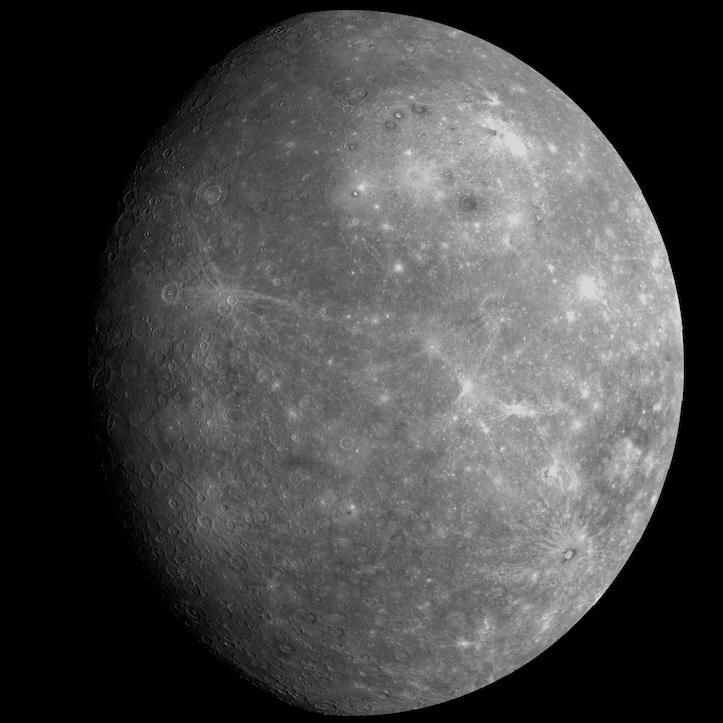 Mercury takes 88 Earth days to complete one orbit of the Sun, but it spins very slowly about its axis, so that one sidereal day – that it, the time it takes Mercury to complete one revolution of its axis with respect to the fixed stars in the background – is 58.6 Earth days. However, because it spins so slowly, Mercury has gone two-thirds of the way around its orbit by the end of one sidereal day, meaning that the Sun is not in the same position in Mercury’s sky at the beginning of one sidereal day to the next. Instead, the solar day – that is, the time between the Sun being in the same position at the same time – is 176 Earth days. In comparison, Earth’s relatively fast spin means that our sidereal day and solar day are pretty much the same length – sidereal day is 23 hours, 56 minutes and four seconds, and solar day is 24 hours give or take a few seconds at different times of the year because of Earth’s tilt of 23.5 degrees, whereas Mercury has barely any tilt at all.

Comments Off on What Do You Know About the Planet Mercury? #SpaceSaturday