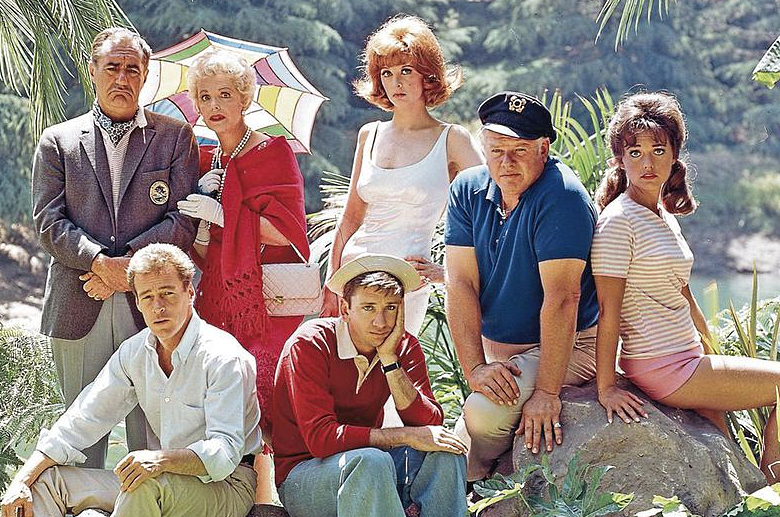 The two-man crew of the charter boat SS Minnow and five passengers on a “three-hour tour” from Honolulu run into a typhoon and are shipwrecked on an uncharted island somewhere in the Pacific Ocean. Their efforts to be rescued are typically thwarted by the inadvertent conduct of the hapless first mate, Gilligan.

The show received solid ratings during its original run, then grew in popularity during decades of syndication, especially in the 1970s and 1980s when many markets ran the show in the late afternoon. Today, the title character of Gilligan is recognized as an American cultural icon.

Long to hear the intro and final credits music – it’s on video below via YouTube. You can read more about the series on Wikipedia.