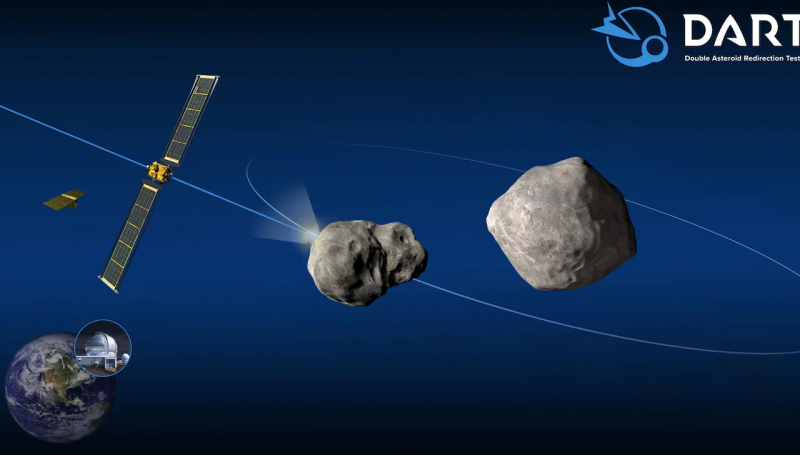 Nasa is set to smash a spacecraft into an asteroid at 15,000mph in its first ever “planetary defense” test to see if it will be able to prevent potentially cataclysmic future collisions.

The mission will assess if it is possible to divert an incoming celestial body and avoid a mass extinction event like the one that wiped out the dinosaurs, and most life on Earth, 66 million years ago.

The asteroid being targeted is not threatening Earth but, if successful, it will be the first time humans have altered the path of a non-Earth object in the solar system. Nasa’s mission mirrors the plot of the Hollywood blockbuster “Armageddon” in which the space agency diverts an approaching asteroid.

In the film a crew, led by Bruce Willis and Ben Affleck, saves the world by landing on the giant rock and using a nuclear bomb to split it apart.

The real-life operation, known as the Double Asteroid Redirection Test [DART] does not include a crew. It will blast off on November 23 on a SpaceX Falcon 9 rocket from Vandenberg Space Force Base in California. An on-board camera called DRACO will film the impact.

Read more in The Telegraph World News (via Twitter) 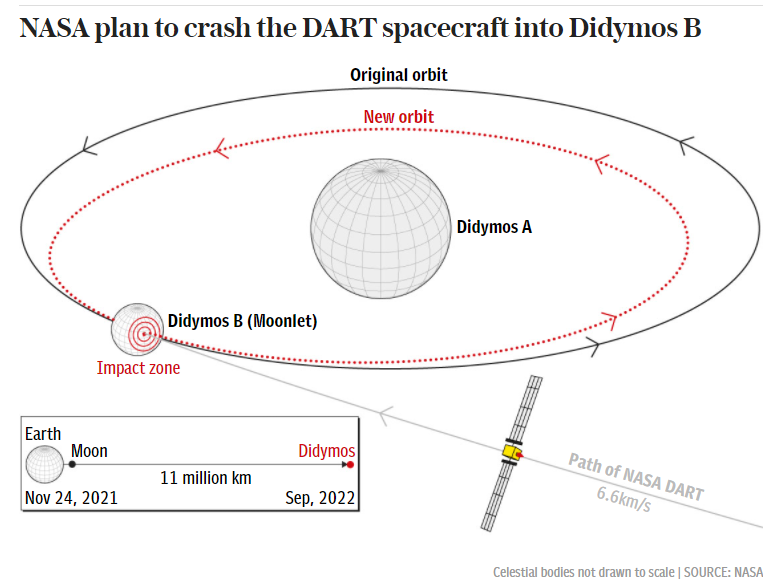