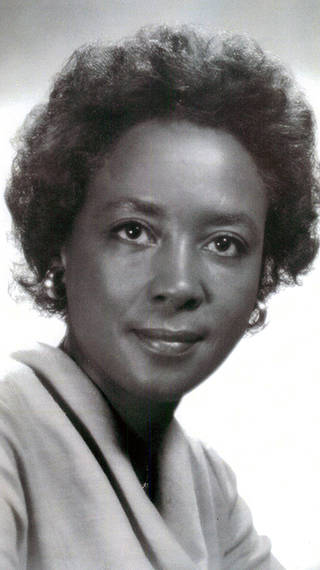 In 1955, Easley began her career as a “human computer,” doing computations for researchers. This involved analyzing problems and doing calculations by hand. Her earliest work involved running simulations for the newly planned Plum Brook Reactor Facility. When hired, she was one of only four African-American employees at the Lab. In a 2001 interview she said that she had never set out to be a pioneer. “I just have my own attitude. I’m out here to get the job done, and I knew I had the ability to do it, and that’s where my focus was.” Even in the face of discrimination, she persevered. “My head is not in the sand. But my thing is, if I can’t work with you, I will work around you. I was not about to be [so] discouraged that I’d walk away. That may be a solution for some people, but it’s not mine.”

When human computers were replaced by machines, Easley evolved along with the technology. She became an adept computer programmer, using languages like the Formula Translating System (Fortran) and the Simple Object Access Protocol (SOAP) to support a number of NASA’s programs. She developed and implemented code used in researching energy-conversion systems, analyzing alternative power technology—including the battery technology that was used for early hybrid vehicles, as well as for the Centaur upper-stage rocket.

In the 1970s, Easley returned to school to earn her degree in mathematics from Cleveland State, doing much of her coursework while also working full time. A firm believer in education and in her mother’s advice “You can be anything you want to be, but you have to work at it,” Easley was very dedicated in her outreach efforts at NASA. She not only participated in school tutoring programs but was a very active participant in the speaker’s bureau—telling students about NASA’s work and inspiring especially female and minority students to consider STEM careers.