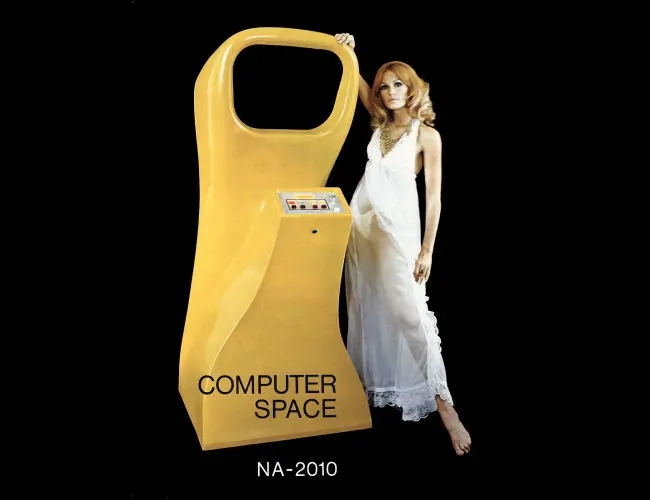 Fifty years ago—on October 15, 1971—Nutting Associates debuted the first-ever commercial video game for sale: Computer Space, a coin-operated arcade machine. Unlike arcade games before it, it utilized a TV set for a display—and it launched the video game industry, in an article by How-to Geek.

In Computer Space, you play as a rocket ship flying around a starfield while hunting flying saucers. If you’re familiar with Asteroids, it’s similar, but without any space rocks. 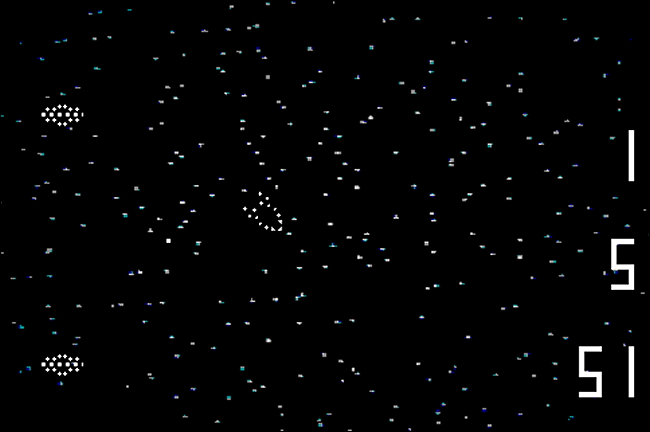 Despite having the name “Computer Space,” no computer is actually involved in the circuitry of the game. Instead, Computer Space uses TTL logic chips to control gameplay. Instead of a software program running on a computer, the game exists entirely as a hardware implementation of moving spots around on a TV screen (in the form of a finite state machine), which is almost mind-boggling to consider in our software-dominated era.

Two men, Nolan Bushnell and Ted Dabney, created Computer Space and licensed the design to amusements manufacturer Nutting Associates of California. In creating Computer Space, Bushnell took primary inspiration from Space War!, a pioneering action computer game that ran on expensive mainframe computers in the 1960s. He wanted to make an arcade version of Space War!, but computers proved too expensive to use in 1970.

The following year, Bushnell and Dabney went on to found Atari and sell the smash-hit arcade title Pong. Computer Space wasn’t nearly as successful as Pong, but it sold an estimated 500 to 1,000 units, which was on par with a moderately successful electromechanical arcade game at the time.

Read more on How to Geek