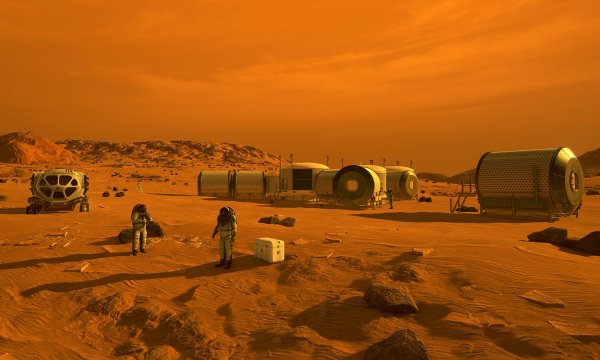 Researchers at Georgia Tech developed a concept that could make future astronauts launch back to Earth from Mars using Martian fuel.

The bioproduction process would use three resources native to the red planet: carbon dioxide, sunlight, and frozen water. It would also include transporting two microbes to Mars. The first would be cyanobacteria (algae), which would take CO2 from the Martian atmosphere and use sunlight to create sugars. An engineered E. coli, which would be shipped from Earth, would convert those sugars into a Mars-specific propellant for rockets and other propulsion devices. The Martian propellant, which is called 2,3-butanediol, is currently in existence, can be created by E. coli, and, on Earth, is used to make polymers for production of rubber.

Comments Off on Making Martian Rocket BioFuel on Mars