This is interesting, Facebook appears to have tried to bully these folks? We emailed with the company (meta.company) and will update with any information, and if it turns out not to be a thing, we’ll update the article / post as well.

Here is a quote from the post/page Facebook Stole Our Name and Livelihood! – from METACOMPANY –

We are Meta Company.

For the last three months, Facebook lawyers have been hounding us to sell our name to them. We refused their offer on multiple bases. Namely, the low offer wouldn’t cover the costs of changing our name, and we insisted on knowing the client and intent, which they did not want to disclose.

At least two law firms were involved: One in the USA that requested our trademark and domains (Kilpatrick, Townsend & Stockton), and the other in Europe aggressively contacting trying to get us to sell our domain registrations (Hogan Lovells).

On October 20th, 2021, during a phone call with Facebook attorneys, we declined their low offer and maintained our requirements. At this point, we presumed it was Facebook and identified them on the call. The attorney representing Facebook declared they would respect our existing right and registration.

On October 28th, 2021, Facebook decided to commit trademark infringement and call themselves “Meta”.

They couldn’t buy us, so they tried to bury us by force of media. We shouldn’t be surprised by these actions — from a company that continually says one thing and does another. Facebook and its operating officers are deceitful and acting in bad faith, not only towards us, but to all of humanity.

Company A approaching company B to purchase rights, is not necessarily an admission that company A needs to purchase those rights. There’s a supreme court case involving 2Livecrew that held that such an attempt may not be admissible, because we want to encourage prudent businesspeople to make these sort of buy-out offers, rather than take risks and get sued. I appreciate that its metacompany’s allegation that FB is infringing, and interested to see what happens with this. It’s really hard to give Facebook the benefit of the doubt about its intentions at this point, but we do not know all the details yet – so this is a start. 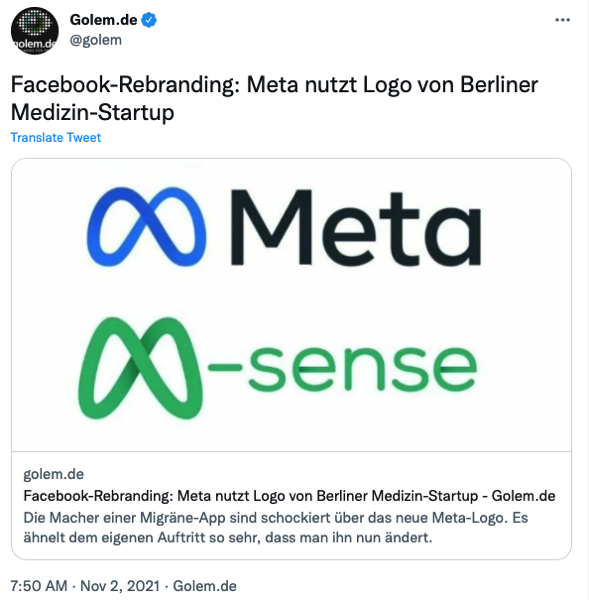 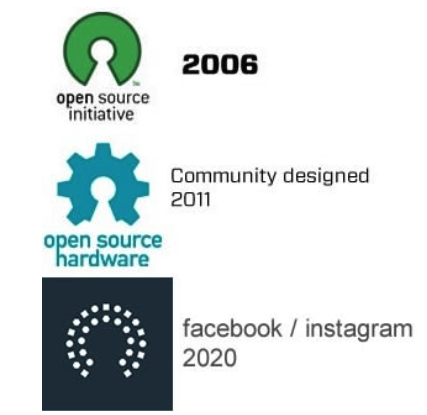 We had a weird issue with Facebook (well a few) recently. Facebook decided to make up some “open oversight board” and used a logo that is “open” like the open-source logo (OSI / Open Source Initiative). Back in 2012, the OSI and OSHWA made a coexistence agreement for the GEAR LOGO, the one that Facebook yoinked is even closer in my opinion so they should at least work with the OSI since it’s confusing (at first I thought this was an OSI effort since it’s the same logo, but with little squares, etc.).

We sent a message to their team last year and they said they’re not going to review it.

The OSI logo is based on a logo I made, and the gear logo is based on that, and now Facebook is using it 🙁 If anyone at meta.company and/or Facebook wants to send more info, we’ll update the post it – email opensource@adafruit.com

11/2/2021 update, and another — “A startup says it applied to trademark Meta before Facebook”.