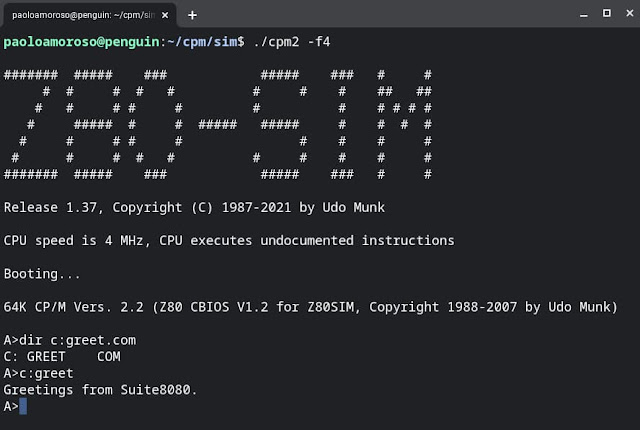 Suite8080 is a suite of Intel 8080 Assembly cross-development tools comprising an assembler and a disassembler, developed in Python entirely with Replit. Why did author Paolo Amoroso write this software for a half-century old CPU?

I’m a hobby programmer and a Python beginner, not a professional developer.

To practice with the language, I finally set out to work on programming projects. Like Spacestills, which draws on my major interests in astronomy and space and my work experience with the outreach and education of these fields.

I’ve always been a computer enthusiast too. I’m old enough to have lived through the personal computer revolution of the 1970s and 1980s as a teenager, a revolution to which the Intel 8080 contributed a lot. It was the CPU of the early popular personal computers running the CP/M operating system, such as the Altair 8800 and IMSAI.

Witnessing the birth of technologies, devices, and companies that promised to change the world was a unique experience.

Back then, there was little distinction between using and programming computers. So, along with the popular high-level languages like BASIC and Pascal, I experimented with Zilog Z80 and Motorola 68000 Assembly programming. These experiences seeded my interest in low-level programming, languages, and development tools.

The stars aligned again in 2021, when I stumbled upon the idea that became Suite8080.

See the video below for some usage and read more on the project update page here.