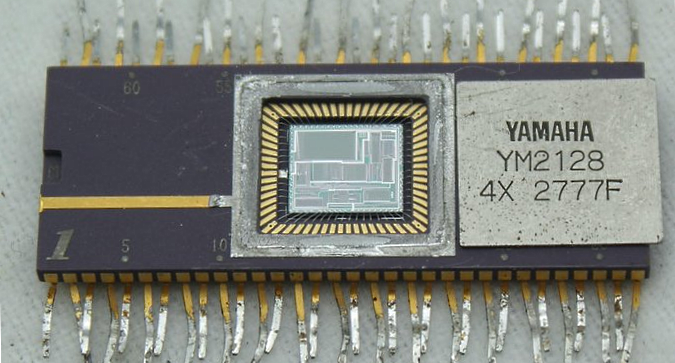 Noted computer historian and reverse engineer Ken Shirriff has turned his attentions to the Yamaha DX7 digital synth from the 1980s — reverse engineering the operation of its YM21280 OPS operator chip from high-resolution die imagery.

“The Yamaha DX7 digital synthesizer was released in 1983 and became ‘one of the most important advances in the history of modern popular music,'” Shirriff writes. “It defined the sound of 1980s pop music, used by bands from A-ha and Michael Jackson to Dolly Parton and Whitney Houston. The DX7’s electric piano sound can be heard in over 40% of 1986’s top hits.”

To dive deeper into exactly how the device worked, Shirriff removed the metal cover from a YM21280 OPS chip — the so-called “operator” chip, one of two key custom chips in the synth alongside the YM21290 EGS “envelope” chip — and took over a hundred images of the silicon through a microscope. By compositing these, Shirriff created a high-resolution image of the circuitry — offering clues at how the 64-pin quad in-line package (QIP) did what it did.

“The shift registers are the largest blocks of the chip, especially the phase shift registers in the upper left,” Shirriff explains of his discoveries. “ROMs are the second-largest blocks, especially the sine ROM and the two identical exponential ROMs. Adders provide most of the logic circuitry; there isn’t much ‘random’ logic compared to a processor chip, for instance. The chip has several bit shifters that shift a numeric value, multiplying or dividing it by a power of two.”

You can read much more on Ken’s blog, Twitter thread and on hackster.io. 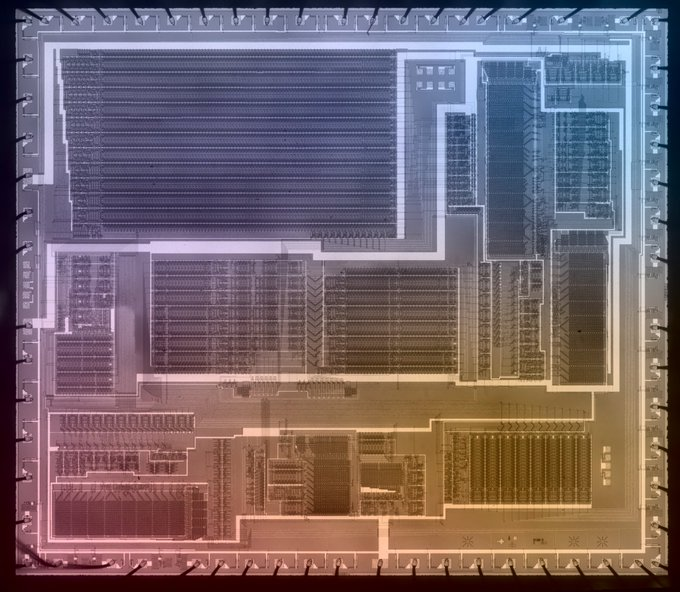